Mo. —  Brooke Walters recorded a series of hospital videos to highlight her leukemia. Friends in Bolivar would hear from the woman who softly explained the cancer treatments she underwent, while her condition deteriorated.

Police said the “cancer” was all an act to swindle thousands.Those online viewers saw a sick Walters in Bolivar while police said she was healthy in Marshfield. Healthy enough to get a job as a deaf interpreter at Marshfield Schools. 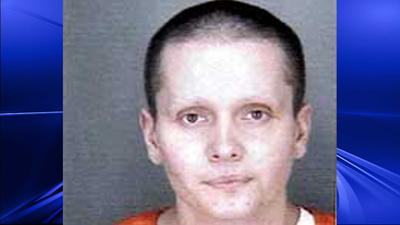 “She was provisionally certified because she was basically new to the profession and probably had some things that she needed to complete,” explained Mayo. “But they had given her provisional certification.”

Walters interacted with kids at Webster elementary as a background check was pending. School officials had no clue she was a felon out of Indiana, convicted for theft after another cancer scheme was exposed.

“We initiated the background check that came in after we put her on staff,” said Mayo. “We ended one school year and started another with her. So total interaction with the kids, probably five months.”

Mayo said due to a “clerical error,” Walters background check had to be submitted twice.

According to the Missouri Department of Education, at peak times, it could take up to six weeks. In contrast, Police can conduct an in-state criminal background check in about minutes. Further state-to-state checks can take weeks.

It is even quicker for some agencies to check for important information.

Richard Everett is a business manager at Don Wessel Honda. All he needs is a few pieces of information to determine if you are who you say you are.

“I’ll take a copy of the driver’s license, I’ll get your social security number, and then we’ll pull up in the system which takes a matter of minutes to verify all of your information,” explained Everett. “A lot of times, it happens almost immediately

We expedite that pretty quick. I’ll take a copy of the driver’s license, I’ll get your social security number, and then we’ll pull up in the system which takes a matter of minutes to verify all of your information.”

Although a credit check and criminal background check are different, police said with the right information, both could have exposed Brooke Walters’ alleged exploits as a lie.

Brookelyn Walters is on the run, charged with felony theft in Polk County. Investigators with the Bolivar Police said they are working with the FBI to trace her.

This article originally appeared on kspr