The fate of the no fewer than 800 teachers in Ogun State alleged to have engaged in irregularities, particularly the possession of forged certificates to gain employment, will be determined on Monday.

The submission of the final report of the series of verification exercises carried out by the state government to identify unqualified and unscrupulous teachers in its public schools will, on that day, be made by CITC, a firm of consultants recruited to carry out the exercise. 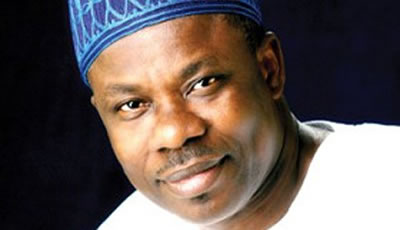 An alarming number of teachers had been discovered to not only possess fake certificates but also engage in various irregularities with which they were offered jobs in the public schools throughout the 20 local government areas of the state.

The exercise, which the state Commissioner for Education, Mr Segun Odubela, said was in line with the government’s commitment to a “truly affordable qualitative education,” started in September and is aimed at tackling what appears to be an age-old problem that affects the future of an estimated 450,000 students in the state public schools.

A total of 223 teachers failed to show up for the screening, even as some hurriedly resigned.

Cases of 21 birth certificate forgeries were also detected just as a case of a teacher who gave four different dates of birth, including one that showed that he  commenced primary school four years before his birth were discovered.

Already, a total of 527 teachers had been identified as having engaged in shady practices and officials at the State Universal Basic Education Board (SUBEB) had said there were indications that the figure would rise to about 800 by the time the consultants saddled with the responsibility of identifying the number of qualified teachers in the public schools submitted its report.

A source at SUBEB disclosed that “of the 19, 146 teachers on the agency’s payroll, only 69 per cent have so far been able to prove their eligibility to teach. The remaining 31 per cent could not be confirmed. Those in the latter category had presented statements of result and/or letters of attestation, some of which were clear forgeries.”

This article originally appeared on tribune