A teenager testified Monday that a former Northview High School teacher charged with sexually assaulting him had taken him out to eat on multiple occasions and even cooked him dinner at a relative’s home before the sexual assault allegedly occurred. 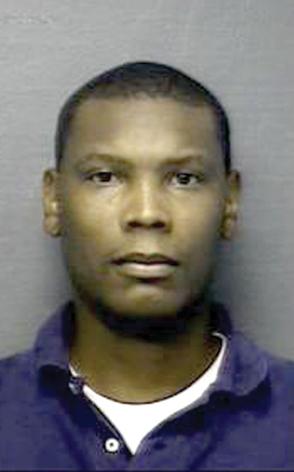 The teenager, now 18 years old, testified Monday afternoon about how he started a relationship with 31-year-old Calvin Bell-Tharpe and how it developed into a sexual one.

The teenager is not being identified because the Dothan Eagle does not release the names of alleged sexual assault victims.

The teenager testified that the sex act between himself and Bell-Tharpe occurred when he was 16 years old in the fall of 2010.

Dothan police investigators arrested Bell-Tharpe and charged him with felony school employee having a sex act with a student in June 2011. Bell-Tharpe formerly served as an art teacher and tennis coach at Northview High School. He later resigned.

“My relationship with Mr. Bell-Tharpe was I was in his art class, and I was a good art student, and then the relationship started to change,” the teenager said. “He paid my cell phone and he bought me food when I needed it.”

The victim also testified about how Bell-Tharpe allegedly took him out to a McDonald’s restaurant and then picked him up on two occasions to take him to his aunt’s house. He said Bell-Tharpe cooked him chicken and mashed potatoes during his first visit to his relative’s home. But he said the sex act didn’t occur until a later, second visit.

The teen recalled waking up in front of the television with Bell-Tharpe’s hand down his pants during a second visit to his relative’s home.

“First he pulled my pants down, and I said I can not do this and he said ‘you know what I want.’ I just let it happen,” the teenager said. “I let him do what he had to do, have sex with me.”

The teenager also testified about how his relationship with Bell-Tharpe included frequent cell phone text messages, along with conversations on Facebook, which occurred before the relationship turned sexual.

Attorney Shaun McGhee, who represented Bell-Tharpe at trial, repeatedly asked the teenager about differences in his testimony and what he told police.

The teenager said during cross examination by McGhee that he tried out for the tennis team.

“He said I was going to make it as an alternate, in case someone got hurt,” the teenager said.

“I didn’t feel anything because I still had football,” the teenager said.

McGhee also questioned whether the teenager was ever kicked out of school for truancy. The teen said he just stopped attending school after the sex act happened. McGhee questioned whether Bell-Tharpe had to have him removed from his art class after the incident occurred.

The teenager also testified about how he told school officials the details of what happened to him a few days afterward in the fall of 2010.

According to Northview’s website, Bell-Tharpe had been a Dothan educator since January 2006. He graduated from Dothan High School and later earned bachelor’s and master’s degrees from Troy University.

If convicted, Bell-Tharpe faces two to 20 years in prison for the class B felony crime of school employee sex act with a student. Bell-Tharpe remains released on bail.