By Jill Kelley and Katie Wedell

A 28-year-old Beavercreek man who was arrested this week on child pornography charges worked as a substitute teacher at multiple Greene County school districts.

School officials at Xenia, Fairborn and Beavercreek confirmed Friday that Brian Rohrback was employed as a substitute teacher at each of those districts at some point during the 2010-11 school year. 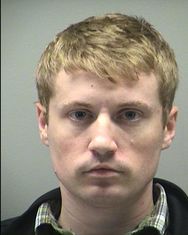 Greeneview Local Schools also listed Rohrback as an approved substitute teacher for that school year, and Bellbrook-Sugarcreek Local Schools reported that Rohrback worked as a student teacher at Bellbrook Middle School in the 2009-10 school year.

Rohrback, who has no prior criminal record, passed multiple background checks before being approved by these school districts.

“Our policy for subs is the same as most public school districts, and we work through the ODE,” said Pamela Gayheart, spokesperson for Fairborn City Schools. “They must have a substitute’s license, go through 20 semester hours in a given field and get both BCI (Bureau of Criminal Investigation)/FBI background checks.”

Officials at these districts did not report any issues or incidents in relation to Rohrback. Greeneview Local Schools officials could not be reached for comment.

Bellbrook-Sugarcreek Superintendent Keith St. Pierre echoed the sentiment of multiple school officials in saying how seriously districts take allegations such as these.

According to the ODE, Rohrback has applied for and been issued regular and substitute teaching licenses since 2009 and is currently licensed to teach grades seven through 12 through June 2015.

Rohrback graduated from Wright State University in 2008 with a bachelor’s degree in biological life science, according to his resume. He is certified to teach life and earth sciences, and was working toward his master’s degree in education at Wright State in 2010.

The counts of coercion and enticement allege that Rohrback knowingly persuaded, induced, enticed or coerced “any individual” younger than 18 or believed to be younger than 18 to engage in sexual activity.

These activities are suspected to have taken place via the Internet at various times between June 10, 2010, and Dec. 16, 2011, according to court documents. The FBI is working to determine if Rohrback ever had physical contact with any children.

Rohrback was under investigation by the Xenia Police Department for several months, based on a tip from the FBI. Rohrback is suspected of sharing files that contained child pornography on a peer-to-peer website, according to Dayton FBI agent Eric Thomas. These websites allow users to download and share digital files over the Internet.

Rohrback’s computers were seized via a search warrant early in the investigation, and his arrest was made after the contents of the computers were analyzed.

He was being held without bond on a federal detainer in the Montgomery County Jail.