The former Maple Ridge teacher, who served years in a Thai jail for pedophilia and was jailed last week when he returned to B.C., made a brief appearance in a Richmond court on Monday.

Christopher Neil stood silently in the prisoner’s box in provincial court as his lawyer asked for an adjournment to Wednesday. 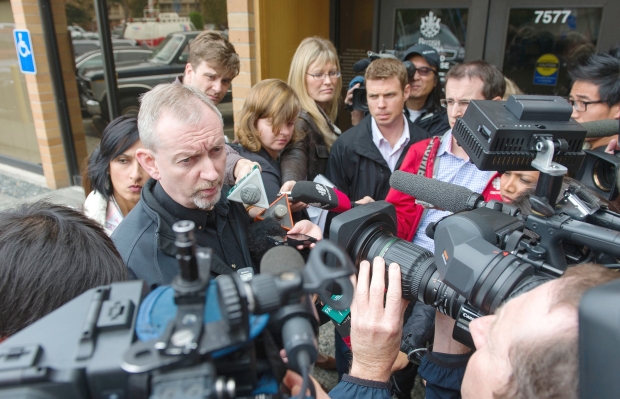 Less than a minute later, he was led by a sheriff back into custody.

Neil, 37, was arrested on Friday after landing in Vancouver.

B.C. RCMP had obtained a warrant for his arrest, alleging “his actions cause fear of sexual offences to [persons] under the age of 16.”

Due to the warrant, officers were able to arrest Neil immediately upon arrival in Canada, Cpl. Mathias Van Laer of the RCMP’s Internet Child Exploitation unit had said on the weekend.

Neil stood trial in Thailand and was sentenced to prison in 2008 after he was identified in some 200 digitally “swirled” photos showing a man molesting minors.

Interpol investigators were then able to track down Neil in 2007 after experts reconstructed his face in the photos, believed to have been taken in Vietnam and Cambodia in 2002 or 2003.

Neil has no criminal record in Canada.

Brian McConaghy, a former RCMP officer who now advocates for Cambodian children who are targeted by foreign pedophiles, attended the hearing but said he wouldn’t comment on the specifics of this case.

But he said Canadian pedophiles who go overseas to commit crimes should be subject to the same conditions after their release as local offenders are.

That could include probation and restrictions on interacting with children or going near schools or playgrounds.