TAMPA A temporary teacher at Seminole Heights Elementary School has been charged with child abuse for rubbing a shoe on the face of an autistic student, Tampa police said.

Esraa Mohamed Soliman, 37, of 10858 Breaking Rocks Drive, Tampa, is charged with child abuse. She was arrested at her home Wednesday. 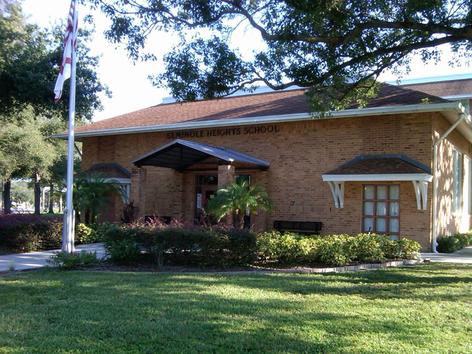 Soliman got upset about 2 p.m. Tuesday when the 5-year-old student was not listening at school, which is located at 6201 Central Ave. N., police said. She then grabbed the boy by the straps on his backpack, dragged him and forced him to sit in a chair.

The boy responded by throwing one of his shoes at her, and Soliman took the shoe and used it to grind against the student’s face, police said.

The incident happened in the school cafeteria and was witnessed by multiple people.

Soliman was released from the Hillsborough County Jail after posting $2,000 bond.

She has worked for the Hillsborough County School District since August, when she was hired to teach an educable mentally handicapped class, said district spokeswoman Linda Cobbe. She is certified in pre-kindergarten through third grade.

Prior to working at Seminole Heights, Soliman taught kindergarten at University Academy of Florida on Orient Road. She graduated from Alexandria University in June 1998.

The teacher will be sent a letter telling her not to report to school, she said. She will be told to meet with representatives of the Office of Professional Standards.

Because she is a temporary teacher, she will not have to go through the normal due process procedure where she would be suspended by the school board.

“In all likelihood, she will be let go,” Cobbe said.

This article originally appeared on tbo