Like all school district employees, Andrew Stansberry went through an application process and background check before he was hired to be Principal at Washoe County’s Marvin Moss Elementary School.

Two weeks ago he was convicted in Michigan of embezzling more than $25,000 from a school he worked at there. 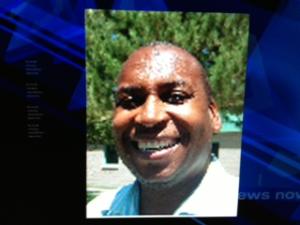 The problem was at that time his record was clear.

The charges against Stansberry stem from incidents dating back to 2007. It was only later, after he had moved to Reno, that allegations surfaced.

“They did not start the investigation until after he had started work for the Washoe County School District,” says Virginia Doran, the district’s Labor Relations Manager.

If Stansberry was looking for work here today. That investigation would, Doran says, show up, either because he would have admitted it on an application or failing that on a fingerprint check that would have followed.

School District officials say the process is the same for all employees and it does catch and eliminate applicants from time to time. Parents, they say, should be confident that the process works.

“With the checks and the agencies that they go through with the fingerprinting and the checks the school police do, I feel very confident if there were any arrests or convictions it would be caught through that check,” says Human Resources Coordinator Anna Savala.

That goes for administrators, teachers, coaches, bus drivers, even family members who have to apply for permission to accompany students on field trips.

“If it comes back that they have been convicted or charged or arrested then we let them know they cannot volunteer,”

In fact, she says, she told three applicants Monday, that they were ineligible.

Stansberry has been sentenced to 30 days in jail and five years probation in Michigan. Officially he remains on administrative leave in Washoe County.

This article originally appeared on kolotv