A Northland deputy principal who has admitted sexually abusing pupils was flagged as a potential predator in 1999 as a student teacher but signed off as suitable anyway.

Despite a further warning in 2009 – that time by police – he was allowed to continue as a teacher for 11 years until his arrest last month. 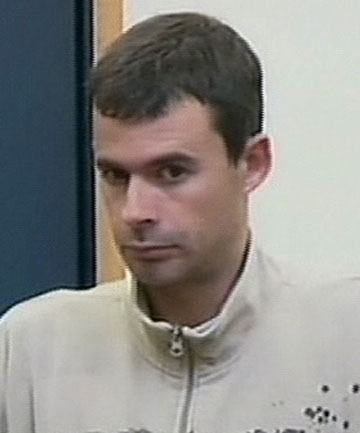 Concerns about James Parker were first lodged with the Teachers’ Council when he was a provisional teacher, having newly started in the profession.

Parker pleaded guilty in Kaitaia District Court this week to 49 charges of indecent assault, performing an indecent act and of unlawful sexual connection.

The attacks, on boys aged under 16, occurred over nearly eight years at Pamapuria School.

Teachers’ Council director Peter Lind said concerns surrounding Parker’s ability to work around children began when he was teaching on a provisional licence at another school.

Concerns were lodged with the Teachers Registration Board, now known as the Teachers’ Council.

“We had contact in 1999 from the school and there were concerns raised about his professional boundaries,” he said.

“But the school did not want those concerns taken any further and his application to move from a provisional registration to a full registration was made by that school some months later.”

A decade later police received a complaint from a child via a parent and investigated Parker.

They could not gather enough evidence at the time to prosecute Parker and instead wrote to the school to alert the board of trustees about concerns.

Mr Lind said because of the original 1999 contact, if concerns were raised again an alert status would have been activated on Parker.

“But the council itself received no further concerns about professional performance about this particular teacher.”

Pamapuria School principal Stephen Hovell has been stood down during the investigation and could not be contacted.

The Pamapuria board of trustees has resigned and a commissioner has been put in to run the school.

Detective Inspector Karyn Malthus said yesterday that children were interviewed in 2009 and the matter could not be substantiated.

“Police reject any suggestion that we were responsible for any inaction. We took all steps possible within the law to make the appropriate notifications,” she said.

“Police did interview Parker and notified the school of their remaining concerns.

“We could not sustain any allegations and were therefore limited in what we could do.”

That investigation continues despite Parker’s guilty plea on Wednesday.

Police were continuing to work with Child, Youth and Family and the Education Ministry in supporting the victims and their families, Ms Malthus said.

Parker’s fall from grace has come in the same week former ombudsman Mel Smith released a report into how sex offender Te Rito Henry Miki managed to evade detection and work as a teacher at six schools.

Mr Smith said what happened with Parker matched what he uncovered with Miki – there were several organisations and individuals that should have acted but who dropped the ball.

Mr Smith said the Government had accepted or partially accepted 36 of his 39 recommendations but had yet to put them into practice.

Even with his recommendations implemented, offences could still occur, he said. But the process would be sufficiently “tight” to ensure it was more likely that offending teachers would be detected early.

“You’ve got to remember that there are more than 70,000 registered teachers . . . and then there are all the other people involved in school, from caretakers through to contractors.”

This article originally appeared on stuff