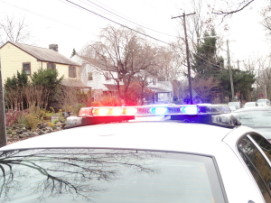 Motulski was placed on administrative from the school on May 30 and resigned her position less than a week later after school officials began an investigation into whether she was having an inappropriate relationship with a female student, according to the Hartford Courant.

According to court records, the East Hartford Police Department arrested Motulski on Thursday, July 26, and charged her with two counts of fourth-degree sexual assault.  She was released on a $5,000 non-surety bond, and is due to appear in Manchester Superior Court on Aug. 15.