Conviction not required to ban teacher from work

The head of an international child protection charity says any person who has been charged for child sexual abuse on multiple occasions should not be able to work with children, even if they were not convicted. 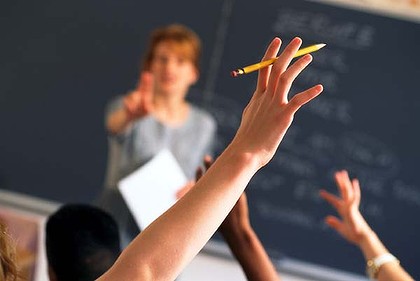 Child Wise chief executive Bernadette McMenamin welcomed a decision made in Western Australia a week ago to refuse former teacher Allan William Hardingham’s application for a working with children permit.

He was accused but never convicted of a child sex abuse crime.

“If the department, who has all that background information on him refuses a working with children check, clearly, the authorities are saying this person is not suitable to work with children, even if not convicted there’s obviously a lot of incriminating evidence,” she said.

Ms McMenamin said it was uncommon for someone who had not been convicted of such an offence to be refused a permit.

She said she wanted tougher restrictions on working with children permits.

“If somebody has been charged on numerous occasions and then goes for a working with children’s check, I think the charge alone should prevent them, it’s too big a risk.”

Mr Hardingham’s case was initially referred to the State Administrative Tribunal after the Education Department’s chief executive gave him a “negative notice” to prevent him from working with children in 2008.

The Supreme Court then ordered the SAT to review its initial decision to uphold the “negative notice” and the SAT again upheld the decision on July 31.

Child sexual abuse convictions from 1990 were overturned on appeal because, according to judges, the evidence was unreliable.

Following the quashing of Mr Hardingham’s convictions in March 1994 and, after investigation by the Department of Education, he was reinstated as a teacher.

He was then accused of further abuse in 2008 but evidence of the offence was found to be too flimsy to support a positive conclusion that an offence was committed.

Justice Stephen Hall found that while charges did not lead to convictions, “there was cogent and clear evidence that the applicant had engaged in conduct with a number of young boys that, if it was to recur, presented an unacceptable risk of sexual harm and physical harm to children in the future.”

That conduct included daring boys to remove their clothes, taking photographs or video footage of boys with their shirts off, creating opportunities to touch their bodies, encouraging or allowing them to drink alcohol and allowing boys to stay at his premises and sleep in close proximity to him.

Justice Hall found that some of the conduct engaged in by Mr Hardingham had been described as ‘grooming’ behaviour which he said was a reliable indicator that sexual harm may occur in the future.