The Pinellas County School Board had an interesting discussion recently about what level of background checks they should be doing on school volunteers. A strict reading of the district’s policy would require that any volunteers who are going to be unsupervised with children get a more rigorous screening – a Level II background check that can cost more than $100. This would affect parents who drive a carload of kids on a school field trip, something a lot of schools do to save money on expensive charter buses. It could even be applied to parents who are out in the hallway doing some tutoring one-on-one. 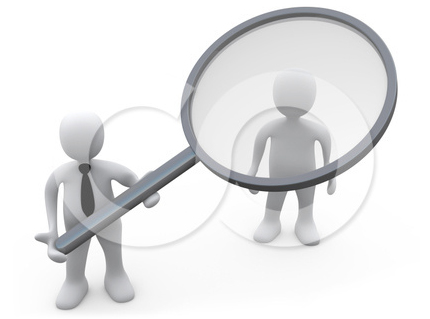 “We want parents on campus…but are we making it tough for them to do it?”  Board chairwoman Robin Wikle asked.

Here’s a thought: Maybe this whole “err on the side of caution, rather than risk harm coming to a child” is just a lot of expensive hooey that does little — or maybe even nothing — to protect children. But it sure makes the adults feel better, like they are doing something.

Here’s what this background check shows (and doesn’t show) A Level 1 background screening, which volunteers already routinely get, requires an employment history check, statewide criminal correspondence checks through FDLE (a name-based check), and a check of the Dru Sjodin National Sex Offender Public Website and may include local law enforcement checks.

So Jerry Sandusky would have passed a Level II check with flying colors since he hadn’t been arrested in the last five years, that is until he was convicted of sexually abusing 10 boys over a 15-year period. So this doesn’t really find anything. But it makes the folks in charge of the system feel like they are doing something.

I have a friend who is an engineer who works for a defense contractor. He has high-level security clearance through the Pentagon, and can go to super-secret government locations in Iraq if needed. But he checked with his kids’ school and since he doesn’t have a Level II background check he wouldn’t be able to drive a vanload of kids to a soccer tournament.

District staff members said volunteers are checked on an annual basis – though if anyone is arrested that triggers a notice right away – and the cost of a Level II screening is good for five years. About 13,000 volunteers were screened last year – including the less rigorous screening – and fewer than 50 were rejected.

One of my favorite writers on this topic of child safety hysteria is Lenore Skenazy, author the deeply logical book Free Range Kids and of the blog by the same name who has long argued that we need to get some sanity. On school background checks she wrote:

First of all, if there are any studies that show kids are getting molested right and left by parents who volunteer at recess duty or on field trips, I haven’t seen them. It seems kind of hard to molest a kid in the middle of a trip to the petting zoo.

She goes on to conclude:

This whole “background check” deal falls into the ever-growing category of trying to make extremely unlikely events extremely unlikely.  Just as a manufacturer will recall a stroller if 1 child in 36,000 gets his fingers pinched in a wheel,  just as a park district will remove all the merry-go-rounds lest some child possibly hurt herself, just as a principal will forbid kids from playing tag because someone could trip, we are now going to excessive lengths to make it harder for helpful parents to help a school,  when we should be doing just the opposite.

What galls me is this comes at time when the school budget for paper — yes PAPER — has been slashed and teachers are begging parents to donate printing cartridges so they can print out their tests. That $100 per volunteer would sure buy a lot of paper and ink.

From the looks of the comments on this recent post on Lenore’s Free Range Kids blog, parents are started to get fed up with the idea of having to pay for the privilege of volunteering in their kids’ classrooms.

What do you think the school district should require for background checks? Should they offer some assistance in paying the cost or waive the fee for people unable to pay? Do the rules discourage people from volunteering?