by Peter Small and Laura Kane

A teenager says he and a Toronto elementary school teacher developed a romantic relationship starting when he was 14.

“She would express her feelings toward me, how she’s happier now that she is in my life,” said the student, who cannot be identified. 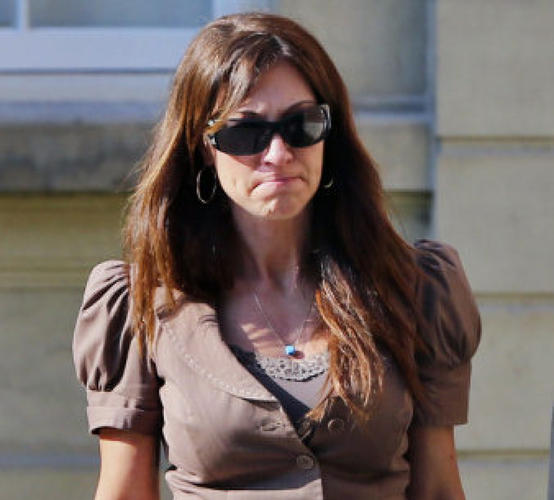 Mary Gowans, 42, pleaded not guilty in Ontario Superior Court on Tuesday to sexual assault, sexual interference and sexual exploitation of the boy from June 1, 2009, to Jan. 10, 2010.

Gowans taught him French when he was in Grade 8 and favoured him over other students, said the tall, athletic teenager, now 18.

“She let me cheat on the test. I would have 80 or 90 per cent and I barely spoke a word of French,” he told Crown prosecutor Soula Olver.

After Grade 8, he babysat Gowans’ young son several times a week — to help boost the boy’s confidence — during which the married mother of two was usually also home, he said.

As a Grade 9 high school student, he returned to the elementary school to help her with some after-school clubs, he said.

In the summer of 2009, they made a bet, he said: If she beat him in a 10-kilometre running race, he would kiss her; if he beat her, she would show him her breasts.

He won, and she later wore a revealing wet T-shirt in her home, he said. “She said, ‘Here’s your breasts.’ ”

When he was in Grade 10: “She got on top of me and started kissing me and making out with me.” She unzipped her sweater to expose her breasts, which he licked, while she breathed in his ear, he said.

They had four brief sexual encounters while he played hide and seek with her two children in the home, he said.

On two occasions, he put his hand on her private parts, but she soon stopped him, he said. “She said she wants to do it, but this is too wrong.”

They exchanged thousands of texts in which she often sent loving or suggestive messages, he told Justice John McMahon.

“She often told me never to tell anyone — how much trouble she’d be in,” he said.

But after Gowans tearfully complained about him flirting with a girl his own age and tried to set up a sexual encounter with him, he felt overwhelmed and told his sister and later his parents what happened, he said.

But defence lawyer Peter Brauti suggested the boy had a crush on his pretty teacher and became obsessed with her.

The boy often told friends about wanting to sleep with her, Brauti suggested.

“It was your dream for that to happen, wasn’t it?” he asked. “In fact, it was your every thought.”

The teenager could not recall commenting on her breasts, but said it was possible. That was just guy talk, he said.

“I meant I wish (sex) would happen, not that I’m going to try something,” he said.

Brauti also disputed the race bet. The agreement was that the winner would throw water on the loser, he suggested.

After the race, the boy turned Gowans’ kitchen sink hose on her, spraying her clothing, Brauti said.

The teenager said he could not recall this scenario.

Brauti pointed out a handful of discrepancies in the boy’s statements in the preliminary inquiry and at trial. The teenager said he misspoke or remembered events wrong.