A Wisconsin public school district is not liable for a 26-year-old female teacher’s sexual abuse of an eighth-grade boy, the 7th Circuit ruled Monday.

St. Francis School District teacher Kelly Sweet pleaded guilty to fourth-degree sexual assault of one of her male students. After exchanging text messages with the boy (identified only as “N.R. Doe” in the lawsuit), Sweet invited him to her apartment, where they spent 15 to 20 minutes kissing and petting, according to the ruling. 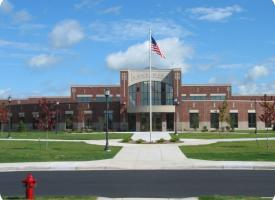 Sweet admitted to the kissing, but has denied the petting.

Sexually suggestive messages text followed, but there was no further physical contact, according to the ruling.

When the boy’s mother discovered one or more of the text messages, she pulled her son from public school and placed him in a private school.

The boy and his parents sued Sweet and the St. Francis School District, alleging negligent infliction of emotional distress. They also accused the school district of violating the boy’s rights by failing to prevent the abuse under Title IX.

Although Doe’s lawsuit against Sweet is still pending, a federal judge granted the school district’s motion for dismissal. The 7th Circuit upheld that decision Monday.

Writing for the three-judge panel, Judge Richard Posner said the district could not have prevented Sweet’s actions because it didn’t have concrete knowledge about them — a requirement of Title IX.

“What [St. Francis’s] principal and the superintendent knew was that Sweet’s colleagues … suspected an improper relationship between Sweet and the plaintiff,” Posner wrote. “But to know that someone suspects something is not to know the something and does not mean the something is obvious.”

The boy had argued that complaints from Sweet’s colleagues that she “blurred the line” with students and had something “like a crush” on the plaintiff showed a “known or obvious risk of sexual misconduct by Sweet.”

But the panel found no proof that the school district, via Superintendent Carol Topinka, failed to take prompt action. Sweet had been fired and prosecuted when the scandal broke.     “Topinka did act promptly after learning of the improper nature of the relationship between Sweet and the plaintiff,” Posner wrote, adding that “it is unclear what more Topinka should have done after hearing Sweet’s denials.”

“Judges must be sensitive to the effects on education of heavy-handed judicial intrusion into school disciplinary issues, or heavy-handed administrative intrusion required by judges interpreting Title IX and other statutes that, along with free-wheeling interpretations of the speech and religion clauses of the First Amendment, have made education one of the most heavily regulated American industries,” Posner wrote. “Let us not forget that one component of academic freedom is the right of schools to a degree of autonomy in the management of their internal affairs.

“Wisconsin law provides immunity for exercises of discretion by public officials unless an official disregards a known danger,” he added. “But again the danger must be known to the official, not known to someone else (in this case, merely suspected by someone else) and communicated to the official without proof.” (Parentheses in original.)

The federal appeals court affirmed dismissal of the case against the school district.

This article originally appeared on opposingviews