Why the teacher transfers violate the contract

As today’s story notes, an arbitrator ruled that the district’s decision to transfer 54 teachers as part of turnaround plans at three schools violates the union contract.

What’s worth noting is that the arbitrator points out that the contract does not universally bar involuntary transfers.

Rather, it’s the way the district went about transferring the teachers that violates the contract. 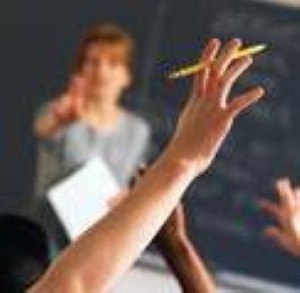 In her ruling, Jacquelin Drucker said that the portion of the Buffalo Teachers Federation contract that addresses transfers “imposes limitation only in that it requires that, ‘whenever possible,’ transfers are to be done on a voluntary basis and that in making involuntary transfers, ‘the preference of the individual teachers shall be honored whenever feasible.'”

That portion of the contract, the union has said, provides teachers with the chance to discuss an involuntary transfer before it is finalized. The union also has pointed out that in the past, involuntary transfers have only been done on an individual basis.

The arbitrator writes that, while that portion of the contract and district guidelines for teacher transfers “appear to anticipate transfer of individual teachers for individualized reasons, these contractual provisions do not work to preclude the district from determining that involuntary transfers en masse are required. And while there were indeed was uncontradicted testimony that all involuntary transfers, other than closings and reductions in force, have occurred only as to individual teachers, this historical situation does not give rise to a binding past practice that limits the district’s authority in this regard.

In other words, the district would have been within its rights to involuntarily transfer teachers — if it had played by the rules of the contract.

There are three ways the district broke those rules, the arbitrator determined:

1. The district did not take into account the preferences of teachers being transferred.

2. Some of the people on the screening panels in the three schools were not certified teachers or administrators. Those on the panels included a UB student, a parent and a grandparent, among others.

3. The screening process should have been approved by the district’s Professional Council, and it wasn’t.

This article originally appeared on blogs.buffalonews