After two recent arrests of Duval County school teachers accused of sexually molesting children, School Board members are discussing changes in how new teachers are screened to better protect students. 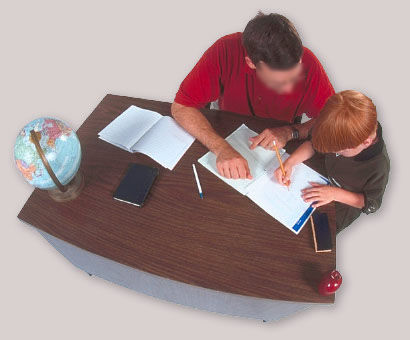 In the most recent case, former Windy Hill Elementary School teacher Christopher Bacca was accused of sexually molesting a boy under 12 in the boy’s home. Just over a year earlier, Robert Luke was teaching math at Southside Middle School when he was charged raping a 15-year-old girl.

Bacca is being held without bond facing several molestation charges. Luke is awaiting sentencing on a conviction of sexual battery.

Both teachers were investigated on previous allegations of inappropriate behavior with children, but not charged. In both cases, they were eventually allowed back in Duval County classrooms, then charged with molestation.

“We’re having this meeting is for the very reason that we don’t want something like that happening again,” School Board member Tommy Hazouri said. “I don’t know that it would prevent it, but it certainly will tighten up our efforts.”

“I think anytime that you have a large group of adults interacting with children, you have to make sure that they’re properly screened, that we have very tight policies in place, that we follow equal practice throughout the district,” said School Board member Becki Couch. “I just think the most important thing is the safety of children.”

Board members point out that it’s impossible to know what impact the new rules will have, but it’s hoped that tougher regulations — including a total review of the district’s application process — will protect children as much as possible.

While Tuesday’s meeting was only a discussion, changes in policy are already in the works — although some will take longer than others to implement.

Some parents of Windy Hill Elementary students want the School Board to answer why Bacca was allowed to teach in their school.

Eliza Morales said her sons were around Bacca all the time.

“I don’t think he should have had as much responsibility as he did,” Morales said. “My kids were going to a summer camp program that he was in charge of.”

School officials said they’re taking a close look at how the district communicates with the Jacksonville Sheriff’s Office and the Department of Children and Families. They are also talking with the contractor that provides Duval County with substitute teachers.

The School Board may also take up the issue of removing a teacher from the classroom, even if he or she is not charged. Morales hopes officials get it right.

“I feel like as parents we have to do our own background checks,” Morales said. “We should trust who we’re leaving him with, and unfortunately this incident opens my eyes.”

This article originally appeared on news4jax