The Jasper County School District has not run criminal background checks on some of its employees, as required by law and the policy of district’s Board of Trustees. 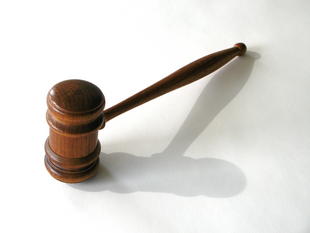 School district attorney Ken Childs said Monday the district misunderstood a state law that requires school districts to run the checks before hiring employees. It was believed the checks were not necessary if the prospective hire already worked for a district elsewhere in South Carolina, he said. It was not clear Monday how many employees were not screened before they were hired. The district is checking personnel records and will run a background check on any employee that should have one but does not, Childs said.

The statute once required a criminal background check before “initial employment” of teachers. Childs said the district interpreted that to mean a teacher that had not worked in South Carolina before.

“That was a common interpretation,” he said. “I think it was widespread that that meant teachers who were initially employed in the state.”

However, the law changed in 2010 to require that anyone hired by a school be screened by the S.C. State Law Enforcement Division.

Childs said the district had performed checks on some employees. All classified employees, such as janitors or secretaries, have undergone a check.

But certified employees, such as teachers, only underwent a check if the district thought one had not previously been done, Childs said.

District policy, adopted by the board of trustees in September 2010, also requires the background checks.

The policy also states that the results of that check will be given to the school board concurrent with recommendation for employment.

Childs said he would recommend changing the board’s policy and said that’s not common practice in school districts.

The mistake came to light late last week. District superintendent Vashti Washington said in a press release Thursday that the district did not perform a background check when it hired its head of academics and human resources in the summer of 2010.

According to media reports, a few months after being hired, Arthur Lee Holmes was charged with embezzling $5,000 or more from a student fundraiser when he was a principal of Marrington Elementary School in Berkeley County.

Attempts to reach the Ninth Circuit Solicitor’s Office, who may have handled pre-trial intervention or an expungement for Holmes, were unsuccessful.

Attempts to reach Holmes and his attorney, Eduardo Curry, also were unsuccessful.

Washington said in Thursday’s statement that she knew Holmes and that he came highly recommended by others she knew before his hire.

Not running a background check was an “honest mistake,” she said.

“It was a mistake or oversight of no consequence,” she said. “At the time of Dr. Holmes’ employment, he did not have a criminal record, and more importantly, there is nothing in his (SLED) report, which would prevent his employment today.”

Holmes will continue to work for the district, Childs said.

“He has a clean record today,” Childs said, adding that Washington believes Holmes has done good work with the district.

Washington’s statement was released after The Island Packet and The Beaufort Gazette requested a copy of the background check, citing the state’s Freedom of Information Act.

Initially, the district said it would not provide the background check because it contains information “of a personal nature” and therefore did not have to be disclosed.

When the newspapers asked the district to provide the background check after redacting personal information, such as Holmes’ birthday and Social Security number, Washington admitted no background check had been performed.Board member Randy Horton filed a similar information request for Holmes’ background check in late November and was denied.Board chairwoman Kathleen Snooks said Thursday she has no “comments on anything that doesn’t happen in the board room” and referred questions to Washington.

When reached on Monday, Snooks would not say whether she had seen background checks before approving district hires.

“Before a candidate is brought before the board, that candidate has been checked out by human resources,” she said. “We know that background checks are to be done on every employee.”