A former Telfair Elementary teacher charged with sexually abusing 13 youngsters has been sued by two of his alleged victims who claim they were molested on the Pacoima campus and that Los Angeles Unified officials failed to protect them.

The lawsuit was filed Thursday by guardians for two girls, who said they were 8 years old when they were assaulted by their third-grade teacher, Paul Chapel III, during the 2010-11 school year. 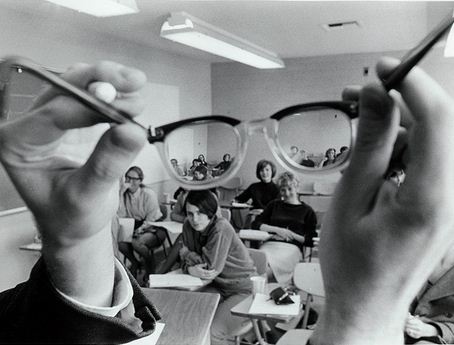 The youngsters were forced to sit on Chapel’s lap while he kissed and fondled them and touched their genitals, according to the suit. The alleged incidents took place during the school day.

The lawsuit also targets Los Angeles Unified and unidentified officials, saying they ignored repeated complaints about Chapel’s “sexually inappropriate behavior” while he was a teacher at Telfair.

In addition, the suit claims that district officials knew Chapel had previously been charged with molestation and sued for sexual misconduct, “yet failed to take reasonable and appropriate precautions to protect those students from foreseeable harm.”

As a result of the alleged assaults, the girls’ grades have fallen, they suffer from anxiety and depression, and there have been instances of bed-wetting, the lawsuit said.

of continuous sexual abuse and committing lewd acts against three girls and one boy. Two of the girls are the plaintiffs in the civil lawsuit.

The Daily News reported on Chapel’s arrest in February, the first time Telfair parents learned of accusations against the teacher.

In mid-March, Chapel was fired by the district and the state suspended his teaching credential. He has appealed his termination.

In May, prosecutors charged Chapel with committing lewd acts against nine more children – five boys and four girls – in alleged incidents dating back to 2006.

Chapel, 51, has pleaded not guilty to all of the charges. He remains jailed in lieu of $3.4 million.

The lawsuit argues LAUSD never should have hired Chapel, who began teaching at Andasol Elementary in Northridge in September 1988. Just a few months earlier, Chapel had been sued for making racial slurs and inappropriate sexual comments to a class he was teaching at the private Chaminade High School, resulting in a $56,000 payout to settle the case.

The suit also notes that in February 1997, Chapel was arrested on suspicion of molesting an 8-year-old family friend during a sleepover at the teacher’s Simi Valley home.

The state suspended Chapel’s teaching credential during his trial, then reinstated it after the case ended in a hung jury. The district transferred him to Telfair in October 1998.

“(A)s a result of the district’s negligence in hiring and retaining Chapel despite his demonstrated history of engaging in sexually inappropriate and dangerous conduct toward minors, Chapel was able to continue to harass, molest, fondle and assault the students at Telfair,” the lawsuit said.

While the girls’ lawsuit is the first to be filed in the Telfair case, three others have been filed related to the sex-abuse scandal at Miramonte Elementary.

Teacher Mark Berndt is accused of blindfolding children and spoon feeding them his semen in a bizarre “tasting game” at the South Los Angeles campus. He is jailed in lieu of $23 million — $1 million for each of his alleged victims.

The lawsuits claim that district officials ignored their complaints about Berndt, which allowed him to continue harming children.

Outside attorneys will also be hired to handle the Telfair lawsuit, he said.

Any monetary settlement or judgment arising from the lawsuits will be covered through a combination of the district funds and insurance policies, he said.

As a result of the Miramonte and Telfair cases, Superintendent John Deasy ordered a review of all personnel files for the last four years to determine whether any allegations of misconduct may have been mishandled.

More than 600 files were pulled and submitted to the state Commission on Teacher Credentialing for review. It’s unclear how many of those cases may have already been investigated by state officials.