Two former New Jersey high school employees accused of having sex with students while on a class-trip to Germany can be prosecuted in the Garden State, a judge ruled yesterday. A State Superior Court Judge found that though Artur Sopel, 32, and Michael Sumulikoski, 28, were in another country they had supervisory or disciplinary power in the state of New Jersey over the children, who they had agreed to chaperone.

“The court finds that ‘conduct’ in New Jersey constitutes an anchor, to which jurisdiction in this state is tethered,” Judge James Guida wrote in his 22-page decision issued Tuesday. Both of the accused men have denied any wrongdoing and are planning on appealing the judge’s decision, arguing it could have set a disturbing precedence. 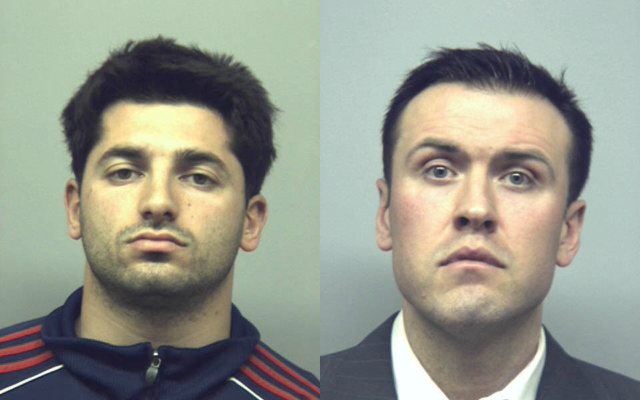 “Having supervisory authority is not ‘conduct,'” said Philip De Vencentes, an attorney for Sumulikoski. “The implications of this ruling are considerable; because if this is found to be ‘conduct,’ it opens up the door to offenses that didn’t happen in New Jersey being tried in New Jersey.”

But Guida isn’t having any of it: “The State of New Jersey has a substantial interest in regulating the conduct of supervisory personnel to ensure the safety and protection of its children,” he wrote. “Likewise, parents entrusting their children to such supervisory personnel justifiably expect that their children will be cared for as if they were in their own homes.”

Sopen, the former vice president of operations at the school, and Sumulikoski, a substitute teacher and assistant varsity football coach, are both no longer employed by the Paramus Catholic High School. They were arrested last April and accused of having sex with at least three students. They were charged in a 25-count indictment with multiple counts of sexual assault and child endangerment. Most of the charges carry a maximum of 10 years in prison, followed by lifelong parole and Megan’s Law registration requirements.