According to a report Wednesday in the Boston Herald, a lawyer for David Ettlinger told the court last week her client will enter a guilty plea. 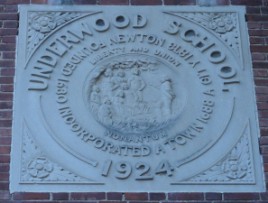 For a full report, check out the Herald story here.

Ettlinger, 34, is represented by Jennifer Culotta, who told the Herald it was her decision to “explore” the option of filing a guilty plea. Culotta said she still needs to speak with both Ettlinger and federal prosecutors about the option before making a final decision.

In addition to his federal charges of child exploitation, Ettlinger faces charges in Massachusetts related to the alleged assault of multiple young girls who he was reportedly babysitting.

Ettlinger was initially arrested at his Brighton home on Jan. 17 and later indicted in both Suffolk and Middlesex County. He was held on $100,000 and $50,000 cash bail, respectively.

However, in April, a Suffolk Superior Court magistrate waived Ettlinger’s right to a speedy trial and reduced his bail in order for him to be detained by federal officials and face charges out of Louisiana.

Ettlinger taught in the Newton Public Schools for 12 years, at both Peirce and Underwood Elementary. He resigned from his teaching position on Jan. 31, 2012.

In the wake of this case, administrators in the Newton Public Schools have revisited the district’s background check process and adopted new measures to screen teacher applicants and current employees.