Mr Lewis, who in 2009 was cleared by a jury of 11 charges of sexual assault against six boys, did not attend the first day of the General Teaching Council for Wales (GTCW) hearing. 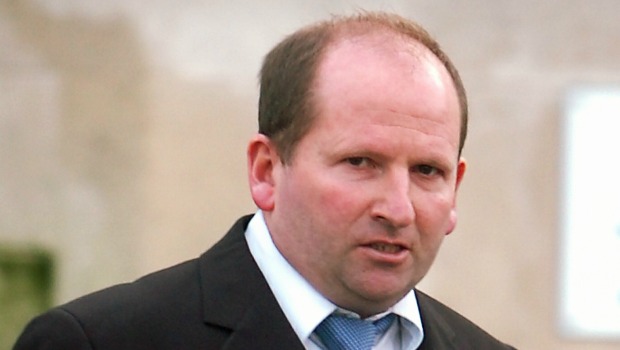 The hearing, held at The Parc Hotel in Cardiff, was told Mr Lewis had:

Over a period of seven years up to April 2008, indecently assaulted a number of male pupils at the school and/or behaved inappropriately by being tactile with pupils and not observing appropriate professional boundaries;

Continued to be tactile with pupils even after the school’s headteacher had spoken to him about the issue in 1998;

Failed to follow correct protocol by requesting a reference for a child befriending scheme from the school’s deputy head, rather than headteacher;

Indecently assaulted a child at a city leisure centre in February 2008;

Visited the same leisure centre between February and July 2008 to watch children in and around the swimming pool, and;

The above constituted unacceptable professional conduct.

One ex-student, referred to as Pupil B, said Mr Lewis would pinch his cheek and call him “the light of my life”.

His teacher would also put his hand over the front of his boxer shorts and up the back of his shirt, the child claimed, and would ask: “Does this feel nice?”

Another former pupil, Child I, alleges he was assaulted on a residential trip.

The youngster told investigators he had been feeling homesick on the overnight excursion and Mr Lewis came to tuck him in to bed and then “put his hand inside his pyjama bottoms near his private parts”.

The headteacher of Mr Lewis’ former school, where he began working in 1997, said she had spoken informally to him soon after he joined when she had observed his close behaviour with students.

“I felt that he was breaching the boundaries of acceptable teacher-pupil contact,” she told the committee yesterday.

She added: “I did speak to him again [at a later date] about his tendency perhaps to be over-familiar with boys in terms of conversation and in the way that he would put his arm on children’s shoulders possibly or ruffle their hair.”

Former service manager for the safeguarding and reviewing service at Cardiff council’s social services department, Helen Anderson, said leisure centre staff had raised concerns that Mr Lewis “was going under water when young boys were near him” during frequent swimming trips across a six-month spell in 2008.

“There was also an allegation that he touched a young boy’s bottom in a changing room,” she said.

A lifeguard from the leisure centre said that Mr Lewis’ eyes would be “fixated” on youngsters while he swam.

The hearing was told he had applied in 2003 to be part of a child befriending scheme, in the process breaching protocol by not asking the head teacher for a reference.

He had asked to be paired with a child aged between eight and 10 years, Ms Hughes-Marshall said, and after being linked with a 12-year-old, he only attended one meeting before asking to be allocated a younger child.

In April 2008, former students began to come forward and allege Mr Lewis, had touched them inappropriately.

That summer, he was arrested after staff at a Cardiff leisure centre reported an incident in a changing room where a young boy claimed Mr Lewis had pinched his bottom.

He was cleared of all charges against him at Cardiff Crown Court in February 2009.

On February 11, 2010, a disciplinary panel dismissed Mr Lewis from his job, where he specialised in design and technology and also ran extra-curricular football and rugby teams, on grounds of gross misconduct.

The decision was upheld at an appeal hearing on May 6 of the same year.

Mr Lewis, who did not attend the hearing and was not represented, sent written submissions for the panel’s consideration.

He denies all of the allegations and claims pupils, their parents, his former school and the police have colluded against him.

The committee has retired to consider its decision, which is expected today.