Dirty retired teacher, 88, admits he had sex with at least three students at troubled New York City prep school – and he can’t be charged

A retired English teacher and chaplain at the elite Horace Mann High School in New York had admitted that he had sex with ‘maybe three’ students at the private all-boys institution.

In a phone interview with the New York Times, 88-year-old Tek Young Lin, of Santa Cruz, California, insisted that he did not coerce any students into having sexual relations.

‘Everything I did was in warmth and affection and not a power play,’ Lin said.

Back then, Lin said sexual boundaries were not as clearly defined as they are now, in the age of nearly daily revelations involving teachers, priests and other figures of authority molesting minors.

‘In those days, it was very spontaneous and casual, and it did not seem really wrong,’ he said.

This latest revelation comes just weeks after the New York Times Magazine published an explosive article that brought to light allegations of sexual abuse involving at least three now-deceased teachers and coaches at the elite school between 1978 and 1994.

Since the publication of the expose, some Horace Mann graduates have come forward with accusations against former teachers who are still alive, including Mr Lin, who was also a cross-country coach at the school.

Lin retired in 1986 and is unlikely to face legal action or lawsuits because of New York’s statutes of limitation. 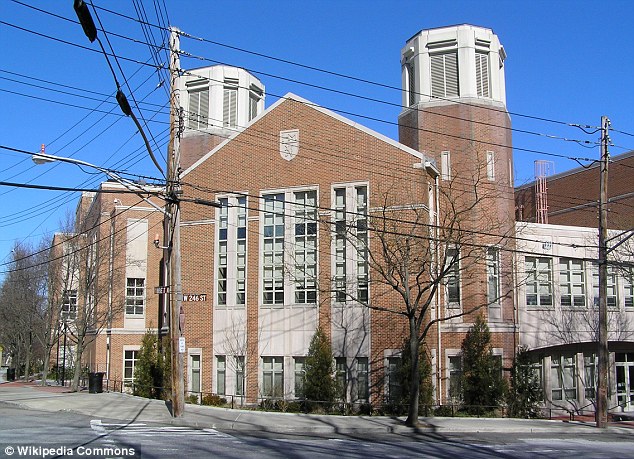 Under fire: Graduates from Horace Mann School in the Bronx, New York have claimed repeated sexual abuse at the hands of a string of teachers went on for decades

The Times has interviewed three former students who described inappropriate behavior on the part of Mr Lin. One said he refused the teacher’s advances; another said there had been physical contact, but no sex.

Still another, who said he was 14 or 15 years old when the inappropriate contact began, said that Lin had sex with him several times in the course of several months, and that they had had a relationship that lasted years.

‘I’m surprised they remember,’ Lin said in reaction to the students’ recollections. ‘It was all so casual and warm.’

Still, the three students were reluctant to speak ill of their beloved former teacher, a Buddhist, saying that he has had positive influence on their lives by exposing them to philosophy and literature, and instilling in them a life-long appreciation for good grammar. 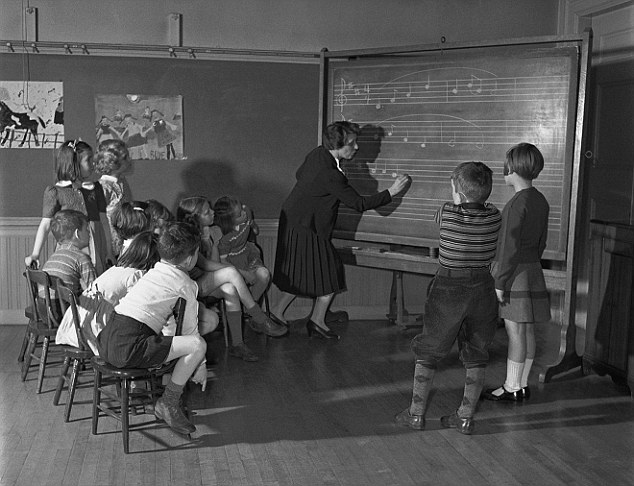 Disgusting: Another student claimed one teacher at Horace Mann told him he wanted to paint a portrait of him before telling him to strip naked and molesting him 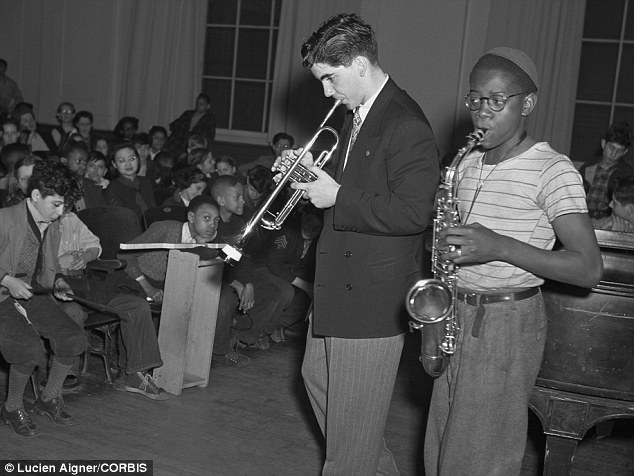 Abuse: The music teacher (not pictured) was particularly well known for befriending a student each year

Lin, whose website says he was born in the East Indies, came to the U.S. as a teenager in 1941, enlisted in the Army and served in the Office of Strategic Services, a precursor to the Central Intelligence Agency.

According to Michael Lacopo, the final Horace Mann headmaster under which Lin served, he was working at Macy’s department store after World War II and responded to an advertisement for a teaching position at Horace Mann.

Small and sensitive, Lin was known for his passion for grammar, for the cherry trees he planted all over the school campus in The Bronx, and for his classroom crammed with plants. 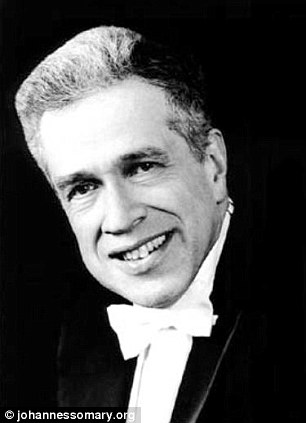 Predator: Students have claimed music teacher Johannes Somary took them on trips and raped them

‘He was one of the hardest-working, gentlest men, from my perspective, who was on the staff,’ Lacopo said, adding that he was shocked by Lin’s confession.

One of the three students who said they had inappropriate relations with LIn recalled that he was 17 when the teacher asked him to sleep over – an invitation that did not strike his parents as strange or suspicious.

The Times reported that the two slept on mats on the floor in their underwear. Lin asked to give the teenager a massage and rubbed against him, and in the morning, the teacher caressed the boy.

He said he never spoke to Lin again and soon started to see a therapist. However, neither he nor the two other students reported Lin to the school administration.

Another Horace Mann graduate said he was 14 or 15 when Lin initiated sexual contact with him. He recalled that the teacher used phrases like ‘I just want to cuddle,’ and would not do anything against the boy’s will.

Lin said he now realizes that he might have crossed a line with his students.

‘At the time it seemed it happened and it was done, but apparently it wasn’t, and if I had in any way harmed them, hurt them, I am truly, truly sorry,’ he said.

A spokesperson for Horace Mann’s public relations firm said: ‘If what Mr Lin has told The New York Times is true, the conduct in which he says he engaged was appalling. We urge him to cooperate with law enforcement authorities.’ The 88-year-old retiree said no authorities had contacted him.

In the June 6 Times article written by Amos Kamil, the former Horace Mann student laid out in harrowing detail instances of sexual abuse committed by a group of teachers at the prestigious school that lists among its alumni author Jack Kerouac and former New York Governor Eliot Spitzer.

One of the accused perpetrators was Princeton-educated Mark Wright, an assistant football coach and art teacher, who allegedly molested a boy named Andrew several times after luring him under the pretense of giving him a physical or painting his portrait.

In another example of the abuse, the Swiss-born renowned conductor Johannes Somary, the head of the music department, honed in on one boy at a time, allegedly raping him repeatedly while on trips to Europe.

Another teacher, Stanley Kops, allegedly joined the boys in the showers. He resigned after he groped himself in front of a boy, who then yelled for help. He later shot himself.

Of the accusations, the school has said: ‘As an educational institution, we are deeply concerned if allegations of abuse of children are raised, regardless of when or where they may have occurred.’