South School teacher in Hingham moves up the ranks

Mary Eastwood will take over for Eliza Burns as the principal of South Elementary School, starting July 1. 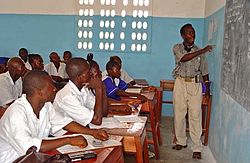 According to Superintendent Dorothy Galo, a screening committee comprised of two parents, two School Committee members, two other principals, and three staff members at South sorted through the applicants, settling on seven people to interview.

Interviews yielded four semifinalists, who were interviewed by Galo and whittled down to three.

According to Galo, Eastwood was the only in-house candidate the school had for the position, and the only semifinalist who didn’t have a principal background.

“Mary has worked in Hingham for about 30-plus years. She stands out because she is an outstanding teacher. She is very popular, very much a leader among her 5th grade team…and has had a special education teaching assignment way back and came back as a middle school social studies teacher. But she stands out as an outstanding teacher and a leader among her peers,” Galo said.

Eastwood has worked as one of the co-directors of the district’s mentor program for the last eight years, where she helped train and support new teachers, and for the last two years, has been a “lead” teacher at South School.

Created when full-time elementary school principals for every school were eliminated three years ago, lead teachers were chosen as part-time principals who would take over when the principal or assistant principal were out of the building.

“That provided a good intern experience and entry [into this role],” Galo said.

Not only had Eastwood’s 30-year teaching background impressed screening committee members, but the team visit to Eastwood’s school and interviews with Eastwood’s colleagues truly made her stand out, Galo said.

“One of the things that impressed us is that she had, among the folks to talk with, she had current students and students from long ago who wanted to come back and talk about her, about her popularity and well deserved reputation as a master teacher,” Galo said.

Overall, her demeanor and reputation preceeded her, Galo said.

“She is an exceptionally positive person, she always has a creative suggestion. She is tone of the most enthusiastic people I know, and she will be a popular choice among students, staff, and teachers,” Galo said.

Hingham School Committee members announced the appointment at their meeting on Monday night. School officials now are negotiating a contract with Eastwood.

For the next two weeks, Eastwood will work with Burns to learn the finer aspect of the job. However, Galo said, she won’t have much to pick up.

“Because been lead teacher she has a good sense of what is going on in the building,” Galo said.