On Wednesday, June 6, an article entitled “Prep School Predators,” which would appear on the cover of that Sunday’s New York Times Magazine was posted online. The article exposed a number of male teachers who sexually abused young male students at Horace Mann School in New York primarily in the 1970s and 1980s, and the decades of pain, suicide, and secretive silence that came to follow. Readers were shocked, but for many alumni who attended Horace Mann, a private school known as one of New York City’s most competitive, a silence had finally been broken. They could finally talk. And they started to do it on Facebook. 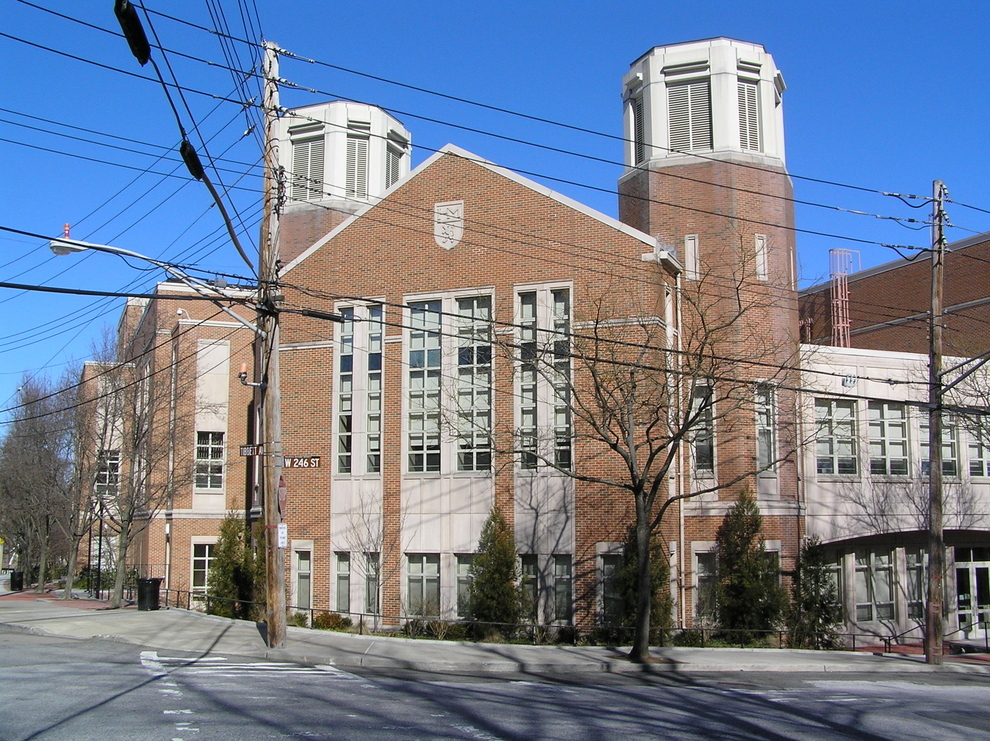 The day after the article hit the web, an alumnus started a private Facebook group called Processing Horace Mann, accessible only to Horace Mann alumni and former students. Ten days later, there are over 2,200 members, all of whom must demonstrate to the group’s administrators that they in fact attended the school. In just a few days, the number of comments in the group must number in the thousands. Many comment threads have dozens and dozens of replies.

But it’s not just volume — there’s a deep, frank intensity to the content that’s being shared. Former students who witnessed the abuse have spoken up, coming to grips with what happened, by sharing their feelings with classmates they haven’t spoken to in decades, or may have never even met. There is respect and support. Many have called it cathartic. Some have questioned why they stayed silent for so long, and have expressed how glad they are that these topics are finally out in the open — or at least the semi-open world of a private Facebook group. For many in the group, it’s the first time they’ve extensively shared, or even been active, on Facebook.

It’s a way of using Facebook that felt completely different than anything I’ve ever experienced in my nearly seven years on the site.

Amos Kamil, the author of the Times story, who graduated in 1982, likened it to a return to the school’s cafeteria, or perhaps a reunion that so many had decided to attend. “If I had written this article 10 years ago, it would have been pockets of five or ten people who would have called each other,” he said. Many have written to say they’re so addicted to the group that they haven’t accomplished much work in days.

There is that cafeteria vibe, but there’s a real feeling of privacy amongst the members — myself included. I graduated from Horace Mann in 2007, and I requested membership in the group a few days ago. I had read through the hundreds of public comments on the The New York Times website reacting to the story, and had conflicted feelings about the school. I was naturally curious to see a more intimate, private discourse from those who, like me, grew up at the school. (I am writing about the group in generalities, and identified myself as a reporter to the people I interviewed. Other groups exist as more private forums for victims, but they have explicitly stated they do not wish to be written about.)

The discussion started out as a reaction to the article’s allegations, but soon enough, there were old photos and reminiscing of high school antics alongside the deeper conversations. It is at once sad, nostalgic and incredibly frank. Kate Aurthur, a class of 1987 grad who wrote about her experience being groped by a Horace Mann driver’s ed teacher in The Daily Beast, has been active in the group and agreed that Facebook is the best forum available for this type of discussion. “How else would we all be in touch? There is actually no other way. We’re able to have these conversations without the view of Google or strangers. Where can we talk about this — Twitter? That would be impossible. An email listserv would be the closest thing, but that wouldn’t quite work.”

Ariel Kaminer, Kamil’s editor at the Times and also a 1987 alum of the school, added, “I think that it is fair for people in the group to consider it a somewhat enclosed space in which they can speak more candidly on a platform with more readers.” Still, she cautioned, “It would be prudent for people not to ignore the risk that someone somewhere that’s used there in a different context. It’s an inevitable risk.”

Kamil was less worried about the group discussions being posted for the public to see. But he said it was likely that Horace Mann officials, who have remained relatively quiet on the topic, have likely gained access. “The school’s administration can watch us, but we can’t watch them.” But that might be a good thing: “They really know how people feel. They can feel the vitriol.”

To me, what’s most surprising is the ways in which it is a different Facebook from the one I knew as a student at the same school. To me, Facebook was a place from which scandals erupted, not a place where they would be communally discussed. In March 2008, one year after I graduated, New York magazine published a cover story by Gabriel Sherman about a Facebook scandal at Horace Mann, which had largely played out during my time as a senior and which involved students just a few years younger than me. The story asked, ominously: “When students created Facebook pages that viciously attacked a teacher, and when their wealthy parents on the school’s board defended them, Horace Mann was forced to confront a series of questions: Is a Facebook page private, like a diary?”

As Sherman explained, teachers were allegedly taught to log in to Facebook under false names using their school email addresses (this was an era before Facebook was “open” to all), at which point some teachers discovered groups — some of which were racist or sexist — that were smearing them.

The incident blew over with time and most students, of course, weren’t involved, but a lesson was instilled in us: that Facebook is not private, and certainly not a place for discussions of much importance. We were told that Facebook was very much a mirror of the real world, which meant you shouldn’t share everything you think. It wasn’t a place to have raw and honest conversations, but rather to portray a finely crafted picture of yourself and to see what everyone else was up to.

As the school’s head computer instructor told the school’s community in a speech quoted in the article: “ Don’t post anything online you wouldn’t want posted on a bulletin board in your school’s hallway.”

But to us, Facebook was not an enemy — coincidentally, Mark Zuckerberg’s younger sister was in our class, and we were all proud and excited to have been one of the first high schools allowed on to the site in September 2005. And yes, we dutifully posted on each other’s walls, stalked crushes, sent messages about the weekend’s parties, and then posted photos of ourselves at those parties. But we were also sure to crop out stray vodka bottles and bongs and cigarettes, and we were sure not to air too many grievances about teachers or parents. Some even used Facebook under aliases or alternate spellings of their names — competitive colleges, we were warned, had begun searching Facebook to make sure we weren’t irresponsible miscreants.

When Facebook opened to the public, not just students with a school’s email address, young people were uncomfortable with the notion that their parents and teachers and other adults they knew would become their friends on the site. After all, we’d been taught to hide what we did on Facebook.

But from my experience with Processing Horace Mann, I’m considering a previously unthinkable idea — that maybe Facebook is best used by mature adults. Or at least people who want to connect and share, or who weren’t indoctrinated with the fear that Facebook meant trouble. Maybe it’s something we’ll understand when we’re older.