A Montreal teacher has been suspended after showing a classroom of 15- and 16-year-old students the video that allegedly documents the murder of Chinese student Lin Jun.

The video entitled “1 lunatic 1 ice pick” shows a person in a black hoodie stabbing a man multiple times. The hooded figure later dismembers the body and commits obscene acts with the severed remains. 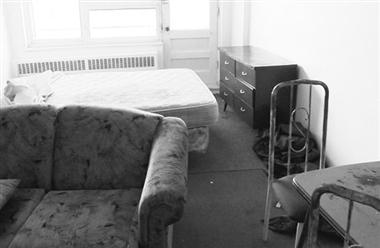 The teacher screened the video in a history and civics class on the morning of Monday, June 4 to a class of tenth-grade students at Cavelier-De LaSalle high school in LaSalle, a borough of Montreal.

A 17-year-old student who was in the class told Global News “After the video finished, no one spoke.”

He then added, “We’ve seen horror movies that are just as bad.”

It described the decision to show the video as inappropriate and offensive.

The school board has confirmed that the teacher has been suspended with pay, in accordance with the teacher’s collective agreement.

In the hours following the screening of the video, the school’s principal immediately brought in a team of psychologists and rehabilitation officers to talk to the students.

The team stayed at the school for the next two days so students would have access to support, and a psychologist remained at the school all week to provide continuing support as necessary.

The school board has also confirmed that the teacher concerned expressed his regret over the incident to the principal of the school via email on Monday, June 4.

He is expected to appear before the labour relations board on Wednesday, June 13 to explain his version of events.

The school board will then review the case and a decision will be made as to whether the teacher will keep his job.

“It’s a very, very serious and total lack of judgment. I don’t see any educational value in that (video).”

The 11-minute video “1 lunatic 1 ice pick” was posted on a Canadian gore website on May 25. Hundreds of thousands of people have already watched the disturbing content.

Another student from Cavelier-De LaSalle high school told Global News “Teachers are there for that, to make sure we don’t see things like that.”