A Chicago Public elementary school teacher and coach has been arrested, accused of sexually assaulting a 14-year-old student.

Known as “Coach B” to students at Ashburn Elementary School, 8300 S. Saint Louis Av., Bridgeforth was ordered held on $250,000 bond on Thursday. He was also ordered to have no contact with children under 18 if he is released, and he may have no access to computers or cell phones. 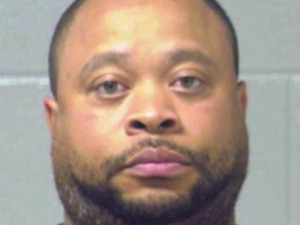 Prosecutors said Bridgeforth has known the victim, an 8th grader, since she was in the 4th grade.

“The defendant is the victim’s basketball and track coach, and the victim viewed the defendant as a father figure and a mentor,” Assistant Cook County State’s Atty. Wendy Caceres said.

Six months ago, while driving the girl to and from sports events and practices, Bridgeforth allegedly began taking sexual advantage of the girl.

“On multiple occasions, while driving the victim home, the defendant rubbed the victim’s breasts over and under her clothes,” Caceres said.

Prosecutors also said the sexual assaults went further. They said they have text messages from Bridgeforth to prove it.

When the victim’s mom discovered the text messages from Bridgeforth, she went to the police.

One father, who didn’t want to give his last name, saw police arrive, and said learning of the abuse prompted him to pull his kids out of Ashburn.

“That situation right there convinced my wife, that that was the final straw for us,” Leo said.

“I was kind of shocked, you know, because one of my daughters was on the basketball team,” he said.

In a statement, the Chicago Public Schools say Bridgeforth was removed from his position at Ashburn immediately after his arrest.

“Inappropriate behavior between employees and students is inexcusable and not tolerated by CPS at any time. Schools should always be a place where parents and students feel safe and secure,” spokeswoman Marielle Sainvilus said in the statement. “We took immediate actions to remove the employee in question from the school and are cooperating with CPD in this investigation.”

Students at the school were sent home Thursday with letters informing their parents of the charges against Bridgeforth. If he is convicted, he faces up to 15 years in prison.