The Newton school district will expand its criminal background checks of all new hires in response to the arrest this past winter of an elementary school teacher on child pornography charges, Superintendent David Fleishman announced Tuesday night.

School administrators will start checking new employees against the Sex Offender Registry Information system to ensure that potential workers have not been convicted of sex crimes in other states. Newton has been conducting similar checks on municipal employees for more than a decade, but this would be a new procedure for the school department, human resources officials said. 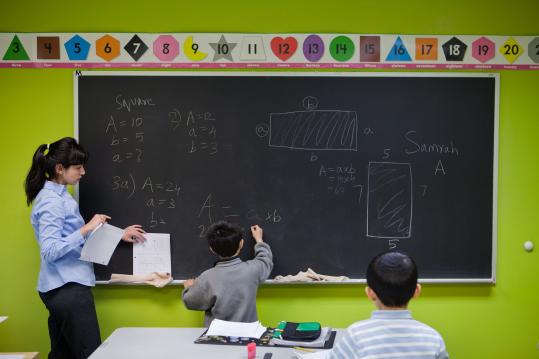 Newton officials will also back proposed state legislation that would give Massachusetts employers, such as schools and child-care providers, access to a national FBI criminal fingerprint database.

“It’s extremely important that it move forward,” Mayor Setti Warren said at a School Committee meeting Tuesday night. “It’s not just ­important for our district, but districts across the state.”

Neither of these tools would have helped identify David ­Ettlinger, a popular second-grade teacher, because he didn’t have a prior criminal record, Fleishman said in an interview.

Parents and residents demanded a review of current procedures following the separate and unrelated arrests this past winter of ­Ettlinger and library employee ­Peter Buchanan on child pornography charges.

Ettlinger, who taught in the Newton Public Schools for 12 years, is facing federal charges that he participated in a global child pornography network. He also faces state charges that he indecently assaulted three young girls from the Boston area and taped the ­encounters. He has pleaded not guilty to all the charges. None of the alleged victims were his students.

Buchanan has been charged with possession and dissemination of child pornography. He has pleaded not guilty.

Fleishman and Warren set up a team to look at hiring policies in February.

But the CORI checks only report criminal history in Massa­chusetts. The FBI database would be more helpful, Fleishman said.

State Representative Alice Peisch of Wellesley, who proposed the legislation to check the national fingerprinting data­base a few months ago, said Massachusetts is the only state that does not access the information.

In the Ettlinger case, some Newton parents have also called for clearer procedures on how the district handles complaints about teachers.

While many parents ­requested Ettlinger as their child’s teacher, some raised concerns about his behavior during his tenure at the ­Underwood Elementary School.