Jason Fennes, 37, of Bloomfield, who has been jailed since March, now faces additional charges for an alleged sexual relationship with a Butler High School track athlete he coached in the mid-’90s and for allegedly sexually assaulting two William Mason first-grade students during the 2006-07 school year. 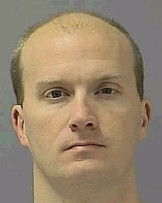 Fennes was also charged on Thursday with first-degree aggravated sexual assault for allegedly engaging in a sexual relationship with a Butler High School student who was 14 at the time and a member of the track team he coached. He was also charged with second-degree sexual assault for the relationship that allegedly lasted “several years,” according to a statement the victim provided to police.

The latest victims came forward after hearing the charges filed in March against Fennes, who remains jailed with bail set at $500,000 with no 10 percent option.

Fennes, who worked in the Montville School District from September 1998 until he resigned in June 2010, was originally arrested on March 8 on charges of aggravated sexual assault and endangering the welfare of a child. According to an arrest affidavit filed with the Morris County Court, an investigation revealed Fennes allegedly sexually abused a girl in his first-grade class in 2005.

Fennes was released on bail, but was arrested on March 12 on charges he sexually assaulted a second student in his class during the 2006-07 school year.