Secret school recordings posted on YouTube by a father, with an adult being caught calling the man’s 10-year-old autistic son “a bastard,” have helped spur an effort to speed the disciplinary process for teachers and other school employees who bully students.

Allen said she was motivated by several recent publicized teacher bullying incidents, including the recordings made by Stuart Chaifetz, who documented what he says was torment of his son for at least six months by public-school special education teachers and support staff at the Horace Mann Elementary School. 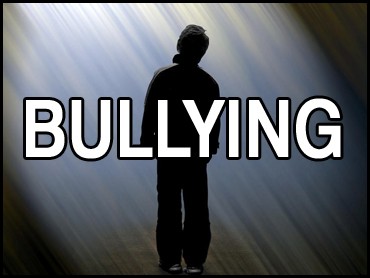 “Schools are supposed to be fertile ground where our children can grow into healthy individuals. In those few places where staff members, for whatever reason, treat them with disrespect and disdain, like they did to my son, they can really destroy lives,” Chaifetz said at a State House news conference hosted by Allen.

Allen was also joined by 15-year-old Julio Artuz and his parents. Artuz last fall made a cellphone video of an incident where he said was bullied by a Bankbridge Regional School teacher.

Artuz said of the incident, “I really have a hard time talking about it, but I just want this to stop. I don’t want anybody else to feel the way it made me feel, the lowest I’d ever felt in my whole life.”

Allen said her legislation would speed the disciplinary process for teachers and other school officials, including those with tenure, found to have engaged in bullying, intimidation, or harassment of students.

Under the proposal, reported incidents of bullying by teachers must be investigated by the school’s anti-bullying specialist within 10 days.

New Jersey Education Association spokesman Steve Wollmer said Allen’s proposal eliminates due process rights, making it unlikely to survive a legal challenge, “because it would allow no more appeals to a neutral third party,” he said.

“We all agree bullying is unacceptable by a student or a school employee or anybody and should be dealt with immediately,” Wollmer said.

He said the union has proposed that the state could provide better flexibility in disciplinary actions by borrowing from practices in Massachusetts, where action on dismissing a teacher is in the hands of outside employment arbitrators.

“Everyone has a right to due process, but that process must be timely in fairness to both the student and the school employee,” Allen said.

Artuz was allegedly bullied by teacher Steve Roth. Administrative Law Judge Jeff Masin said in a new ruling Roth had engaged in “conduct that was intimidating and bullying” but said that removal of his tenure wasn’t warranted, ordering instead that Roth should forfeit 120 days pay.

The local school board responded to the ruling Thursday, releasing a statement that it “respectfully disagrees with the recommendation of Judge Masin to permit Steven Roth to retain his job after serving a suspension for the remainder of the school year.”

The school board will file exceptions to the judge’s decision with state Education Department in a bid to terminate Roth’s employment.