Legal abortions are supposed to empower women and provide them with reproductive freedom. Yet, in cases seen across the globe, men are the ones who are empower by abortion because it allows them a chance to display their power over women after they impregnate them.

Whether the woman is a wife or girlfriend of the partner in question or is a sexual assault victim, as in a new case out of Indian, abortion and the dangerous abortion drug is no method off empowering women.

As one India news source reports, a 14-year-old girl has been hospitalized in critical condition after she was raped by her teacher at Unnao’s Kasturba Gandhi Balika Vidyalaya and was forced to go to CSM Medical University Lucknow. The girl was raped by her teach two months ago and, when she became pregnant, was forced to consume an abortion pill. 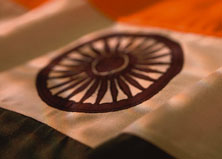 She was bleeding heavily after taking the pill, and only when her parents got her admitted to the hospital did they come to know about her predicament.

After the doctors informed them about their daughter’s pregnancy, they investigated the matter and got an FIR lodged against the teacher and the lady helper at schoool who had forced her to consume the abortion pill.

Victim’s father told reporters that her school had informed them that their daughter wasn’t keeping well. When she began bleeding profusely the local hospital referred her to Lucknow where the truth came to light and she narrated her tale of woe to them.

The doctors said the pill had damaged the teen’s uterus and after losing a lot of blood she had developed severe complications. Cops have not ruled out more such cases in the school.

Kasturba Gandhi Balika Vidyalaya is a free residential school for dalit girls blow poverty line. Recently a case of rape was also reported from KGBV, Azamgarh where a girl alleged the school guard and cook of sexual harassment.