An investigation by the Delaware Child Predator Task Force has led to the arrest of a 31-year-old Bear kindergarten teacher on child-solicitation charges.

Scott R. Gibson of Bear was arrested Friday, May 11, after he traveled to a Dover park to meet with who he thought was a 13-year-old girl he had met in an online chat room, according to officials from the Delaware Department of Justice. 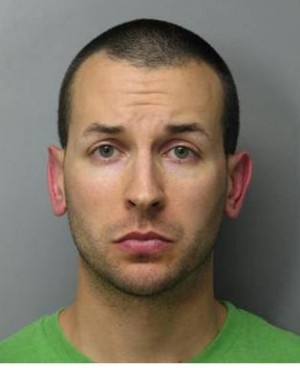 The investigation began when Gibson, a teacher in Colonial School District for six years, solicited an undercover detective posing as a 13-year-old girl online. Gibson provided a cell phone number for the detective to text him to set up a time and place to meet. After obtaining a subpoena for the cell phone records, investigators were able to identify Gibson, and he was arrested when he arrived at a Dover park for the meeting Friday night.

After Gibson’s arrest, a search warrant was executed at his home and detectives seized a laptop computer and other digital media. The investigation also revealed that Gibson was a kindergarten teacher at Kathleen Wilbur Elementary School in Bear, and detectives executed an additional search at the school where Gibson’s State computer was taken into custody.

A pre-employment background check performed before Gibson was hired did not reveal any prior charges of this nature, Wilson said.

Gibson was charged with four counts of sexual solicitation of a child under 18. He was arraigned by videophone at Justice of the Peace Court #2. He made bail over the weekend and was released, said Joe Rogalsky, director of Legislative and External Affairs for the Delaware Department of Justice.

The investigation, including a complete forensic analysis of digital media seized at Gibson’s residence, continues.