The pre-trial for a former James Logan High School teacher charged with having sex with a 16-year-old student has been continued.

Dressed in a suit, Peter Kolesnikov, 38, appeared out of custody before Alameda County Superior Judge Dennis McLaughlin Thursday morning to have his pre-trial be pushed to June.

He is scheduled to return to court on June 21 for further pre-trial. 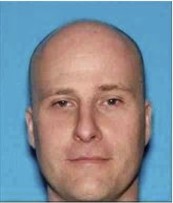 Kolesnikov pleaded not guilty in March to various sex-related charges that authorities said are linked to an alleged nine-month sexual relationship with a student that occurred between March and November of last year.

He was arrested Jan. 12 while en route to meet with the victim at an undisclosed location in Hayward. He was originally held on a $1 million bail but was granted a reduction on conditions that he surrender his passport and not have unsupervised communications with minors.