A Seminole County teacher is off the job after deputies allegedly found drugs inside his Altamonte Springs home, along with evidence he may have been selling them.

Joy had been a teacher at Seminole High School for six years. 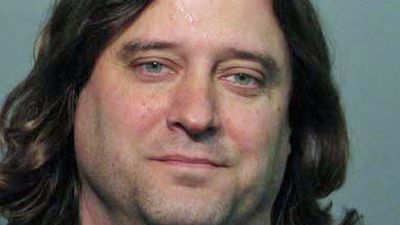 He was arrested last month after an anonymous tip led deputies to his home. When officers searched his home, they found felony amounts of marijuana, bags, grinders, pipes and scales, according to investigators.

The social studies teacher was arrested and the school district immediately suspended him.

Investigators said the items they found are proof that Joy was also selling drugs.

Parents at the school were shocked to hear about the arrest.

“That’s just crazy,” said parent Lisa Patrick. “I guess he’s just a person like any of us. He makes mistakes. But being a teacher, he should be more of an adult.”

“Everyone think he’s a really good teacher. So most people were sad that they don’t have him as a teacher anymore,” said student Eriah Warren.

Deputies said it does not appear he was selling drugs to any students at the school.

A background check on Joy found no other arrests.

Joy is not the first employee to be fired recently at Seminole High School.

Last month, a school security guard, Jerod Jones, was arrested and later fired after he was reportedly caught hiding a high-powered weapon in his car.