A boy with Down syndrome has died in surgery after doctors fought for his live for five days. A music class turned out to be fatal for the 8-year-old.

­At first, Ilshat Giniyatullin’s teacher insisted that the boy had been trying to turn a somersault on the floor and had hurt himself.

But later, she confessed that he had started a fight with a girl. When the teacher tried to separate the children, it seems she pushed the boy in such a way that he hit a wall. 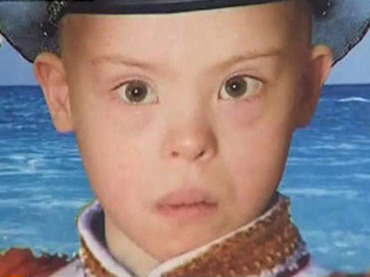 Ilshat was taken to hospital with head injuries and vertebral fracture.

His special school in Russia’s republic of Tatarstan usually offers classes with just a handful of other children.

This time, however, there were eight schoolchildren at the music lesson, as the class was combined with another grade.

The teacher says Ilshat had grabbed hold of a girl’s hands, and was not letting go.

“I only pushed him away,” Tatyana Matveeva said firmly to St. Petersburg’s Channel 5 TV. “He hit the wall. It was an accident”.

Ilshat did not receive professional medical care at once. When the teacher noticed that he had lost consciousness, she attempted to bring him around on her own, then with the school doctor. They tried to sit him in a chair and pour cold water over him. The ambulance only arrived after 40 minutes.

In intensive care, Ilshat remained in a coma and on artificial ventilation. The badly-needed operation was postponed several times due to his condition. When the doctors finally resorted to surgery, the boy died on the operating tabl

The boy’s parents had only learned of the accident two hours after it happened.

“Nobody from the school called us, nobody apologized, nobody offered a word of sympathy,” said Rinat  Giniyatullin, Ilshat’s father. “They tried to conceal the real reason, saying the boy had just hurt himself”.

“I was shocked by the indifference with which the teacher answered our questions,” he added. “She said she was never taught to provide first aid”.

“Which storey did he fall from?” asked the doctor who admitted the boy into hospital, so shocked was he at the injuries.

Police have launched an investigation into the incident in the town of Naberezhniye Chelny. Meanwhile, the Ministry of Education has started its own inquiry. The results will be known in a month. Children’s Rights Commissioner Pavel Astakhov has ordered his local counterpart in the republic to start his own examination. According to Channel 5, the teacher is currently on sick leave.

The head of the region’s education department commented to the local newspaper Chelninskiye Izvestia.

“It is a very sad and a very serious fact,” he said. ”I cannot give any details while the investigation is still ongoing. The prosecution will come up with a decision. In a special school where children with disabilities study, the situation can become unpredictable. The teacher was experienced, we had not had any prior complaints against her”.

The boy’s father, however insists there had been a similar case at the school before, with the child in question also ending up in intensive care.

There have been several cases of students suffering from teacher violence over the last few months in Russia.

In January, a physics teacher at a school in Saratov, Central Russia, beat his student and broke her collarbone because the girl argued about her mark in a test.

Last month, a teenager was beaten by his teacher after he complained about the cold. The teacher was passing a line of students waiting for their PE lesson, when the 15-year-old dressed in shorts and a T-shirt, complained that it was cold in the school. The teacher promptly took the boy into the sports hall and beat him in the stomach, chest and legs. In court, the teacher said he had simply wanted to warm the boy up. He was sentenced to do 160 hours of community service.