A sixth-grade teacher at Yeshivat Noam in Paramus was in custody Thursday after FBI agents found hundreds of videos and images depicting child pornography on his home computer, according to authorities and court documents.

Based on a tip, agents Monday went to the Manhattan apartment of 26-year-old Evan Zauder and found the explicit images, according to federal authorities. Agents discovered graphic videos on Zauder’s bedroom computer showing young boys engaged in sex acts, a federal complaint said.

One video found on Zauder’s computer showed a boy potentially as young as 7-years-old, according to the complaint. 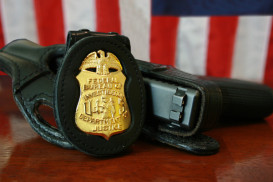 “As a teacher, Evan Zauder was supposed to help children not, as alleged, contribute to their exploitation,” Manhattan U.S. Attorney Preet Bharara said in a statement. “Protecting children from harm is an important priority shared by our office and the FBI, and we will continue to work tirelessly to pursue and prosecute individuals who prey on the innocent.”

A letter to parents from Yeshivat Noam Principal Rabbi Chaim Hagler did not name Zauder, but said a faculty member had been suspended after the school learned he was arrested for alleged possession of child pornography.

“We were shocked, and of course saddened, to learn of this arrest,” the letter said. “At this point, we have no reason to believe that any of our students are in any way involved or directly affected.”

The Modern Orthodox school, which serves students from Teaneck and elsewhere, is cooperating with the investigation and is prepared to provide counseling services, Hagler said in the letter.

“The faculty member is new to our school this year, and, as is our routine practice, was the subject of extensive interviews and received multiple positive background references,” the letter said.

Zauder has a history of working with young people and studied education at New York University. He is a former part-time youth director at Hebrew Institute of Riverdale in New York City.

“This news is upsetting, however at this time we have been reassured there is no evidence of any further misconduct,” said a statement released by the Institute’s Executive Director, Richard Langer. He would not comment further.

Zauder left a master’s program at NYU’s Steinhardt School of Culture, Education and Human Development in 2010, according to school spokeswoman Courtney Bowe. She could not say why he was no longer a student.

“Rabbi Isaac Elchanan Theological Seminary (RIETS) is saddened and dismayed about the serious nature of the allegations against one of our students. While only allegations, the actions they represent are at complete odds with Torah values and ethics and with the mission of this institution,” a statement from Fertig said. “RIETS will take all necessary steps to ensure the safety and wellbeing of our campus and students, which is and will remain our first priority.”

The statement said RIETS would cooperate with investigators and offer any needed assistance to its community.

Zauder appeared in court Wednesday and was being held pending a bail hearing. He faces one count of possessing child pornography. The charge could bring a maximum sentence of 10 years in prison and a $250,000 fine.