By Jim Walsh and Christina Mitchell

School employees heard shouting and “inappropriately addressing” students when a father sent his 10-year-old autistic son to school with a hidden digital tape recorder are no longer with the district, an official said Tuesday.

Stuart Chaifetz on Monday released excerpts of the recording from his son’s classroom at Horace Mann Elementary School. He contends the recording depicts a teacher and an aide bullying his son to the point of tears, as well as discussing such inappropriate topics as one staffer’s hangover. 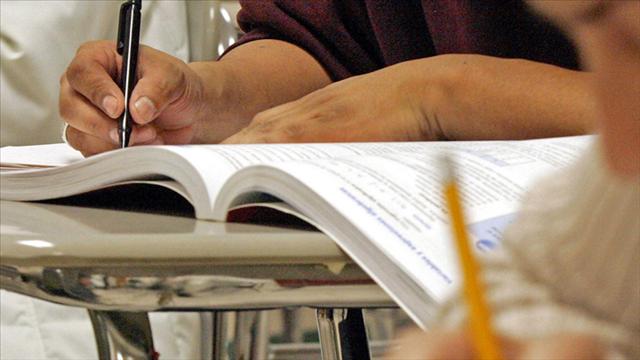 “I want to assure our parents that the individuals who are heard on the recording raising their voices and inappropriately addressing children no longer work in the district and have not since shortly after we received the copy of the recording,” Superintendent Maureen Reussert said in a prepared statement. She gave no specifics about the workers’ departure.

In a YouTube video that summarized the recording, Chaifetz said the classroom aide was fired after he provided the tape to district administrators, but that the teacher and another aide were transferred. Reussert’s statement was the first indication that multiple people had left the district over the incident.

Reussert did not identify the workers or how they left the district. “This is a personnel matter and there are specifics that I cannot legally address publicly,” her statement said.

Chaifetz said he wanted more information. “They need to say who it is,” he said, asserting the teacher is still a district employee.

Chaifetz’s video had drawn more than 380,000 views by 11 p.m. Tuesday. Chaifetz said he was swamped throughout the day by emails and phones calls from the media and parents with similar concerns.

“There are people asking me, ‘How do I wire my kid?'” he said in an interview.

Chaifetz said he concealed a recording device in his son’s clothing before sending the boy to school on Feb. 17. The father said he became concerned after school officials reported behavioral problems for his son that he considered uncharacteristic.

Chaifetz has said he wants an apology from the staffers and legislation that would remove any legal barriers to the dismissal of teachers and other school employees who bully.

Earlier Tuesday, three South Jersey legislators called for the dismissal of any school employees found to have verbally abused Akian.

The elected officials — state Sen. James Beach and Assembly members Louis Greenwald and Pamela Lampitt — did not address Chaifetz’s desire for legislation in their statement. But they called his allegations “disturbing” and said the school district “should immediately undertake a thorough and rigorous investigation.

“If it is found that any teacher, aide or other adult staff member engaged in this deplorable abuse, they should be fired immediately,” the legislators said. Beach and Greenwald are Democrats from Voorhees, while Lampitt is a Democrat from Cherry Hill.

“We strongly believe that the district acted swiftly, appropriately and judiciously,” said school board president Seth Klukoff. He said the district’s actions “were informed first and foremost by compassion for the students.”