Failure to Check Before they Enter the Classroom…

How can any parent be sure sexual and violent predators aren’t among their children’s teachers?
That’s hard to say.
Because Massachusetts, unlike every other state in New England, neither authorizes nor requires nationwide criminal background checks on the thousands of teachers working in the Bay State. “Not required or authorized,” says J.C. Considine, a spokesman for the Massachusetts Department of Elementary and Secondary Education, when asked if the state requires a national criminal background check for teachers.

But Maine, Vermont, New Hampshire, Rhode Island and Connecticut, and even the Bay State’s western neighbor, New York, demand that public school teachers and administrators – including, in some cases, any adult who might be alone with children while school’s in session – undergo not only a statewide criminal background check but also a national one. This check must be conducted by the Federal Bureau of Investigation before a teacher is hired. 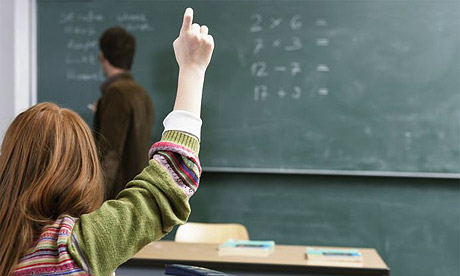 Massachusetts teachers and administrators in the state’s 393 school districts only undergo a statewide criminal background check before they’re hired, Considine says, by reviewing the files kept in the state’s Department of Criminal Justice Information Services.

“The CORI (Criminal Offender Record Information) results that schools receive includes all criminal charges on which an individual was arraigned,” says Terrel Harris, a spokesman for the Massachusetts Executive Office of Public Safety and Security.

But an individual’s CORI file lists criminal charges, convictions and acquittals, including ones involving physical or sexual abuse that only occurred in Massachusetts dating back to a person’s 17th birthday, says Harris.

CORI files have never included criminal charges, convictions or acquittals from other states, Harris says.
But one public school system in the Bay State is looking to change state law, so that their teachers and staff members will be required to undergo a national criminal background check.

While Considine couldn’t confirm the number of new teachers that were hired for the previous school year, a recent study reports that more than 4,000 new teachers will be needed each school year through the 2019 – 2020 academic year.

“The state will need to hire about 45,500 new teachers to meet total teacher demand – with annual hiring needs ranging from 4,600 in 2010 – 2011 to 4,300 in 2019 – 2020,” says a May 2010 study, entitled “The Massachusetts Teacher Workforce: Status and Challenges,” sponsored by Harvard University’s Kennedy School and the Rappaport Institute for Greater Boston.

What Does this Mean?
It means that each person applying for a teaching position will need to be vetted before he’s hired. Given the new law regarding criminal background checks, signed last year by Gov. Deval Patrick, it’s possible these checks will become more difficult for principals doing the hiring to complete.

The new law, called CORI Reform, parts of which took effect last year, requires written employment applications to no longer ask if a job candidate was ever convicted of a crime.

But employers, including school districts, are allowed, under the new law, to inquire about an applicant’s criminal background during an interview and review an applicant’s criminal record, should he have one on file with the Massachusetts Department of Criminal Justice Services. The new law also allows someone with a criminal record to have parts of it sealed, meaning some previous convictions cannot be seen by some employers, within certain time limits.

But some crimes cannot be sealed, including certain offenses involving sex, firearms, perjury, attempting to influence a witness and bribery, says Brockton-based attorney Gerald Noonan. In addition, school districts, like daycare centers for infants and children, some lawyers say, retain a higher level of access to a job candidate’s criminal record, including the ability to review any convictions that have been sealed, because they’re responsible for children. “The new statutory provisions, most of which are effective in May 4, 2012, do not affect schools’ CORI access,” says Terrel Harris, a spokesman with the Massachusetts Executive Office of Public Safety and Security.

“Presently, schools obtain ‘all available CORI’ which includes open or pending criminal cases as well as non-convictions on criminal charges dating back to an individual’s 17th birthday and criminal convictions dating back to an individual’s 17th birthday,” he says. In other words, in spite of the changes in CORI, which may not allow the typical employer in Massachusetts to see every conviction or charge on a job applicant’s criminal record – because they’ve been sealed – daycare providers and schools will.

Confused about the Law?
In early email exchanges for this story, Considine said the state’s Department of Elementary and Secondary Education did “not authorize or require” nationwide criminal background checks on candidates being vetted for teaching positions and other jobs within schools. But in a later email exchange for this article, Considine said, “We strongly encourage school districts to call previous employers to solicit information on the background and history of a prospective employee.”

Still, the difference between Massachusetts and its sister states in New England, as well as New York, is that these other states require each applicant for a teacher’s position, as well as an administrative post, and sometimes even volunteers, undergo not only a statewide criminal background check but also a nationwide one, too, which is conducted by the FBI.

“There is a state criminal background check done by the hiring school district,” says Considine. “There is no Federal check done. “Massachusetts schools have the opportunity to access information only relative to the Massachusetts criminal justice system. Massachusetts has a robust CORI system allowing school districts to fully review background information on all candidates for positions in schools,” he adds. On the website for the Massachusetts Department of Elementary and Secondary Education, there is a memo from the Department’s commissioner, William Chester, dated August 2010, to school superintendents, directing them to follow CORI laws when hiring teachers, drivers and even volunteers. Chester’s note also says that his Department would update its “Advisory Opinion” on CORI laws “in the fall of 2010 to incorporate any changes mandated by the CORI reform law that was enacted in August 2010.”

As of the writing of this article, that hadn’t happened. “The CORI matter (on the DOE website) appears still to be a work in progress,” says Considine.

Special Needs Children
With assistance from State Rep. David Linsky (D-Natick), the Massachusetts Association of Approved Private Schools, an umbrella organization for the 150 public schools and residential programs teaching about 7,500 children with severe learning disabilities – like autism, blindness, deafness and other developmental delays – is pushing to change CORI laws for anyone who works within this specialized educational system, from an administrator to a teacher as well as a janitor.

Lauren Burm, a spokesperson for the organization, says they want anyone who applies and works within this system – there are about 10,000 teachers and other staff members – to undergo a nationwide criminal background check.

She testified at a hearing in June before the Joint Committee of the Judiciary, a committee comprised of members from both the state’s House of Representatives and Senate, to push the proposed legislation for a vote on Beacon Hill.

While children haven’t been abused by anyone who works in the 150 specialized schools, she says, “It’s critical that our students, because they sometimes lack the ability to communicate and have other kinds of cognitive difficulties, have this extra level of protection.” “It doesn’t do anyone any good to only look at a state criminal record,” says Linsky. “In this computer age, there shouldn’t be any reason that you run only an in-state check when you can just as easily run a national one.”

When asked why the proposed legislation shouldn’t cover all teachers in Massachusetts, Linsky says, “As far as I’m concerned, when someone applies for a teaching job in either a public or private school in Massachusetts, one should do a national criminal background check before that person enters the classroom.”

A co-sponsor to the proposed law, State Rep. Bradley Jones, Jr. (R-North Reading), says that in the past 10 years attempts have been made but failed to pass laws requiring nationwide criminal background checks on teachers looking for work in Massachusetts.

“The opposition to the legislation was who’s going to pay for the background check,” he says. “If the only thing standing between you and the job is a CORI check that’s national, and you’ve got nothing to hide, and the onus is on the applicant to pay for the check, why wouldn’t they pay for it?”

Sexual offense records are kept both in state as well as nationally, meaning this is how Boston Public Schools prevents itself from hiring a sexual predator applying for a job either from within or outside of Massachusetts, Wilder says.

“The vast majority of our applicants are from within Massachusetts,” Wilder says. “But we do recruit from out of state from time to time. We’re always looking for the best teacher, whether they’re in Dorchester or Denver.”

Boston Public Schools requires all of its employees, even those who with little or no contact with kids, as well as volunteers, to undergo a CORI check, Wilder says.

“The way you know whether a teacher is dangerous is never whether they have a criminal conviction,” says former Middlesex County Assistant District Attorney Wendy Murphy, now an advocate for sex crimes victims. “It’s bad character, poor work history, psychological issues and whether they’re motivated to teach for all the right reasons.

“Some teachers have a criminal record, have reformed and deserve a job. You can’t be black and white about this,” she adds.

Teachers and Child Abuse
What’s the likelihood that a child will be abused in school?
According to the latest statistics, released in December 2010 by the Massachusetts Department of Children and Families, it’s highly unlikely. In 2009, the Department reported, the most likely perpetrator of physical and sexual abuse against a child is one or both parents – not a teacher.

Nearly 40 percent of all children suffering from physical abuse had been abused by either their “biological mother or biological father,” the study says, while 20 percent of all children who had been sexually abused suffered such abuse by their father. Who’s a Sexual Predator?
“They’re the person kids want to be around,” says Elaine Fillion-Crouse, a counselor at A New Day, a Brockton-based agency counseling both sexual and physical abuse victims. “They love to play with children.”

She also warns that adults prone to abusing children usually have some identifying characteristics. “They definitely know how to get into a kid’s life, take an interest in them and make them feel good,” she says. “They’re also more comfortable spending time with children than they are with people their own age.”

In fact, she says, most child sexual predators have few friends their own age. “When interviewing someone for a teaching job, schools should notice whether the person is over invested in their job and students, meaning there’s not a lot of balance in that person’s life,” Fillion-Crouse says. “If they’re way more comfortable with other kids than adults, I would call that a red flag.”

Wendy Murphy also warns parents to be concerned anytime a teacher takes a special interest in their child. She says music teachers and coaches, adults she says are usually allowed to touch and become emotionally involved with kids in ways that a teacher for any other subject isn’t, can be prone to abusing kids.

“Because parents are so eager to have their child perform well in school, their own ego gets in the way and they don’t see how the special attention could be hurting their child,” she says. “I tell parents, ‘Put your ego in check. The special attention your child is receiving is probably for all the wrong reasons.'”