Kentry Clark is the Minor High teacher accused in the most recent case of a teacher behaving inappropriately toward a student. Clark faces charges for asking two 15-year-old girls for sex.

He works for Jefferson County Schools, but school system officials can’t comment on his case because it’s a personnel issue. They did confirm that he’s on paid administrative leave.

We did some digging today into how Clark and any other employees of local schools are background checked before they can get a job here. 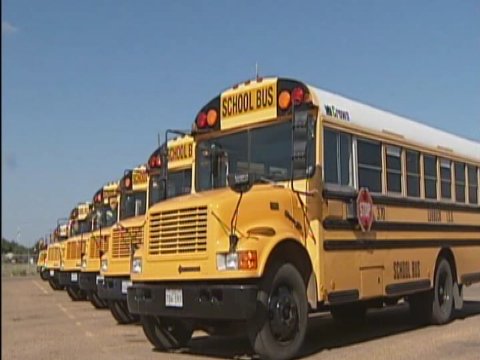 For your student, protection against potential predators in the classroom is at the tip of their fingers. Specifically, a fingerprint record that everyone who applies for a school system job in Alabama has to go through.

A private contractor called Cogent takes those fingerprints and, at the applicant’s expense, sends the fingerprints through an ABI and FBI background check.

If that potential teacher or bus driver has a criminal record, the state asks the court system in that case for a record to see what kind of charges or convictions they are

If it’s a support staff, those records are forwarded on to the local system like Jefferson County to make a final decision on whether or not to hire, but if it’s someone applying for a teaching or substitute job, it’s up to the state.

Even if the state gives the ok for a hire, state officials say they want and encourage local systems to go further.

“We look at them on a case by case basis because of course we’re looking specifically for crimes against children or severe felonies, repetitive arrests and convictions, things like that,” Malissa Valdes with the Alabama Department of Education said.

The state education department says it’s always looking for new technology to enhance the background check process but for now, Valdes says if a personal history needs to be checked, it should be done at the local level.

Jefferson County’s human resources director tells me his system goes above and beyond what the state does.

It asks for personal references and contact info for previous jobs and gets feedback from those references as well whenever they’re looking at a potential hire.