Ex-teacher gets four years in prison for molestation

A 58-year-old Gananoque teacher, whose career ended three years ago with his arrest following revelations that he’d sexually molested a young boy 30 years earlier in Kingston, has now lost his freedom as well.

Kenneth (Gavin) Williamson was sentenced on Monday in Kings­ton’s Superior Court to four years in prison.

In addition, Justice Gary Tranmer required that Williamson be included for life on the Sex Offender Information Registry and issued a judge’s order forbidding him, also for life, from entering school grounds, playgrounds, public swimming areas and other places where persons under 16 are gathered or could reasonably be expected to congregate. He’s prohibited under that same order from working or volunteering in any capacity that would place him in a position of trust or authority over persons under 16, and is barred from communicating with youngsters in that age range by computer, with the exception of his 15-year-old nephew. 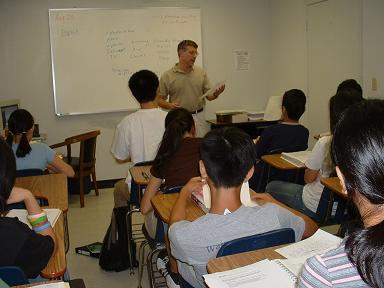 Williamson’s lawyer, Sean May, had argued during a sentencing hearing at the end of March for a conditional sentence of two-years-less-one-day that his client could serve in his own home, largely or entirely under house arrest.

Assistant Crown attorney Megan Williams, however, recommended a six- to nine-year prison sentence for Williamson. She also held during the same hearing that conditional sentencing wasn’t an option because it didn’t exist in 1979 and 1980 when the crimes were committed, and the Criminal Code has since been amended to exclude its use for crimes that carry a maximum penalty of 10 years or more.

Conditional sentencing is only available when a judge has decided on a sentence of less than two years, however. Tranmer, having found that four years was appropriate for Williamson, said there was consequently no need for him to consider the issue of whether conditional sentencing was precluded in this case.

Williamson was convicted by a jury in late December, following a weeklong trial on counts of buggery, indecent assault and gross indecency committed against a 12-year-old Kingston boy, who is now a grown man.

Jurors were told that William­son, the son of an Ottawa diplomat, was a 26-year-old teaching candidate at the time, working toward his bachelor of education degree at Queen’s University.

His course required that candidate teachers perform volunteer work for credit and Williamson and a female classmate opted to become mentors with a juvenile diversion program for at-risk youth in trouble with the law, at school or both.

Williamson’s accuser testified that he was frequently truant at the time, something of a loner and bucking authority, including his mother’s. He had been caught stealing from her prior to being included in the mentoring program.

His parents had long been estranged, the jury was told, and he’d had no contact with his biological father since he was a baby.

Justice Tranmer also noted in his decision that the accuser’s mother’s boyfriend, who was the closest the complainant had to a father, had been in prison for several years when he met Williamson. He observed that the then teacher in training, in accepting a big brother role and then abusing it committed a breach of trust.

“Our children are absolutely precious,” Tranmer said, in sentencing Williamson. “They have but one childhood.”

He added “it is abhorrent to society when offences such as were committed in this case occur.”

Tranmer also noted the contrasting backgrounds of William­son, “a well off and educated man” who already “had a university degree and was working on another one,” and his victim, who was a disadvantaged child.

He found that there was “an element of grooming” in William­son’s behaviour toward the boy while gaining his trust, and concluded “the consequences of the abuse were tragic and of long standing.”

Tranmer also noted that William­son’s accuser didn’t come forward on his own to reveal his former mentor’s crimes to police. He told his probation officer, years after the fact, Tranmer said, and she was the one who initially reported it.

The victim, he observed, believed if it was his word against Williamson’s, no one would believe him, and Tranmer concluded that belief on his part was probably reasonable.

As it turned out, however, after Kingston Police arrested him at Gananoque Secondary School, where Williamson was teaching in early 2009, he confessed to committing sexual acts, short of buggery, with the boy.

During his video statement, which was later viewed by his jury, Williamson told his police interviewer that the child had been the sexual aggressor.

Then, when he testified at his trial, he tried to take it all back, claiming it was a fabric of lies he’d invented to mollify the officer questioning him.

Williamson claimed that he thought at the time it was the only way to get himself released from custody.