Kim Koenigs of Osage worked and advocated for the bill, taking her concerns about the lack of checks to the Iowa Department of Education. Education officials agreed to author the bill.

Under the new law, background checks must be done using the dependent adult abuse, child abuse and sex abuse registries, as well as a mandatory check of Iowa Courts Online, for criminal and driving background checks. Anyone found on the registries can not be hired. 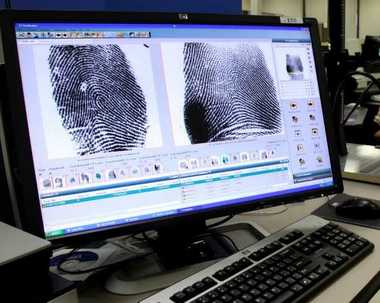 The checks must be conducted every five years and paid for by the school district. School officials must also maintain documentation that demonstrates compliance.

Koenigs said the law was a “good start” on background check requirements that she would like to see extended to all who work with children in school settings, as well as colleges.

Anita Micich, superintendent of schools in both Mason City and Clear Lake, said both districts already conduct background checks for all employees.

While the new law will increase some cost to schools that do not yet require the checks, it is still a good move, Micich said.

Koenigs said she discovered the lack of background checks when working with Kadyn Halverson’s family to research the bus safety issues for Kadyn’s Law, another bill signed into law this session.

That law stiffens penalties for those who violate school bus arm laws and is named for the late Kadyn Halverson of rural Kensett. Kadyn, 7, died in May 2011 when struck by a motorist while she was crossing a road to board her school bus.

Koenigs researched bus safety laws state by state, finding that Iowa did not require background checks as part of the employment process.

She was particularly happy with the support shown by State Rep. Josh Byrnes, R-Osage, who “was the only one who stood up and spoke to it,” Koenigs said.

“He said ‘This is a good bill … and I hope every district has background checks for all your employees.”