Bauchi State is rated poorly in the delivery of quality education due to the recruitment of thousands of unqualified teachers to teach in its primary schools.

It was this situation that forced the state’s primary education board to embark on a screening exercise of teachers.

The board divided the screening exercise into groups. The first group to be screened were teachers with diplomas, senior secondary certificates, distance learning qualifications and those with certificates from special teacher training programmes. 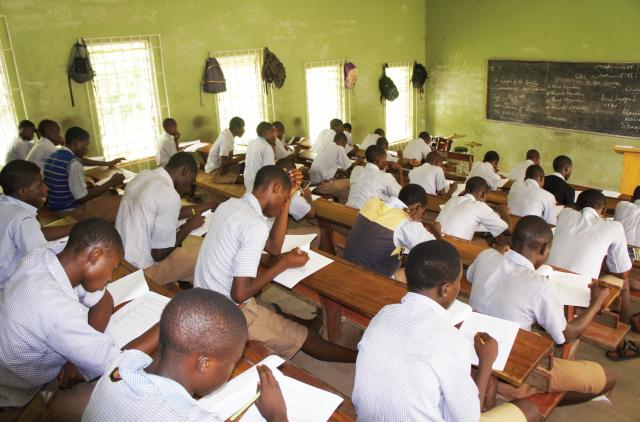 One of the permanent members of the State Universal Basic Education Board (SUBEB) in the state, Kasim Ibrahim said about 12,864 teachers were screened and over 5,502 were found to be unqualified and “those affected are NCE teachers that could not defend their certificates, those that inherited certificates as well as diplomas and Grade 2 teachers that are not qualified. The exercise is a continuous one because we will still screen degree holders.”

Ibrahim said many of the teachers could not defend their certificates. He said: “We asked a teacher with a certificate from College of Education Katsina Ala where Katsina Ala is located and he said ‘Katsina Ala is in Katsina State’ when we know it is in Benue state. Some teachers confessed that they paid money to some people to print fake certificates for them, while some said the results belonged to their dead family members.”

Optimistic that the screening exercise would sanitise the system, he said some of the unqualified teachers will be re-trained and then re-engaged by the board.

But can the board wash its hands off the employment of these unqualified teachers? The permanent member said after making improvement in the area of construction of classrooms and making available more chairs, desks, textbooks, and other learning and instructional materials yet the students’ performance was below average, it was time to turn to the teachers. He said the teachers were recruited by the local education authorities and all board did was to give approval for the employment.

The board’s action, however, did not go down well with the Nigerian Union of Teachers (NUT) which issued an ultimatum of three weeks to reverse its plans of downgrading some teachers or face a strike action by its members. The union at the end of an emergency meeting, accused the board of witch-hunting its members through “unnecessary” exercise.

According to the statement issued and signed by its chairman, Mohammed Kawu Mohdi and Secretary Aminu Ahmad, the union said the decision to downgrade about 600 teachers is uncalled for and it was not contacted before the decision was taken.

Reacting to the ultimatum issued by the NUT, the Director Monitoring and Evaluation of the State Universal Basic Education Board, Bala Mohammed Baba, said the union leaders were invited to partake in the exercise but failed to honor the invitation.

Baba said the exercise was organized by the board in good faith and not to witch hunt any teacher in the state as those with deficiencies will be sent to College of Education, Azare to further their education.

When both parties refused to reconcile, the state House of Assembly Committee on Education had to intervene. The lawmakers directed the SUBEB to stop the teachers screening exercise and ordered the Nigerian Union of Teachers (NUT) in the state to suspend its proposed industrial action.

In his submission, Dabo said the board did not intend to sack any teacher but retrain them based on the recommendation of the screening committee set up by the state government.

The Deputy National Chairman of NUT, Achem Izik, told the lawmakers that it was only in Bauchi State that the distance learning certificate of the National Teachers Institute (NTI) was not recognized and urged the legislators to look in to the matter with a view to resolving it amicably.

Responding, the committee chairman said the house would study the report of the screening committee and addressing the grievances of both parties.

Many of the teachers found with fake certificates were scared they may be prosecuted, while others were not happy with the screening exercise and called on the state government to intervene.

Some who spoke to Daily Trust alleged that the board was nursing grudges against them because they complained about late payment of their salaries every month by the board since 2008.

The teachers expressed gratitude to the state House of Assembly for their timely intervention because the only other option would have been to seek redress through legal means.

Meanwhile, the NUT has shelved its strike action and is awaiting the decision of the Bauchi State House of Assembly.