Joshua Steven Covert, 38, Freidhoff Lane, Johnstown, is facing up to the maximum penalty of 15 years in jail and $30,000 in fines when he is sentenced July 12.

Covert is charged with having a sexual relationship with a 16-year-old female student. He is in Somerset County Jail awaiting President Judge John Cascio’s decision on a bond revocation hearing. 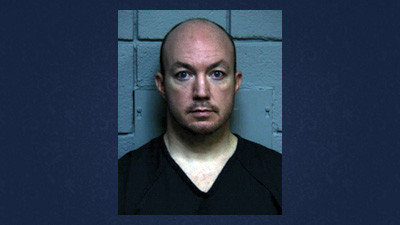 Assistant District Attorney Catherine Primavera-Zakucia had petitioned the court to revoke Covert’s bond last week after she was informed that he had violated a condition of his bond and contacted the girl via email on Facebook.

On May 20 Covert was placed on a non-monetary bond with one of the conditions being no contact with the girl or her family.

On Oct. 28 he waived his right to a preliminary hearing and charges of three counts each of deviate sexual intercourse, aggravated indecent assault, corruption of minors and indecent assault were bound over to county court. The judge accepted the plea agreement and dismissed the remaining charges.

“I tried to explain to him from the beginning that this is an age situation,” said his defense attorney Robert “Gunner” Gleason of Johnstown.

Covert is in counseling, he said.

“I realized what happened, it happened. I stipulate the contact went on,” Gleason said.

He asked Cascio if the bond revocation hearing could be continued until the judge could look at a psychological report that would be sealed by the court and added to a pre-sentence investigation and Cascio agreed.

Covert is accused of engaging in a sexual relationship with a female band student in 2011, according to police. The conduct occurred in both Somerset and Cambria counties at various locations, police said.

The girl became emotionally attached to Covert and they had a relationship, according to court documents. In his recent communication with the girl, Covert professed his love for her.

At his plea hearing, Covert quietly wiped tears from his cheeks. He told Cascio that he was pleading guilty because he admitted to doing the crime.

The case requires a review by the sex offender assessment board to determine if Covert is a sexually violent predator, which will mean lifetime registration under Megan’s Law, Primavera-Zakucia said.