A Ralston educator accused of touching students inappropriately is being held with bail set at $2 million.Nicholas Richter, 58, who has worked in schools for 22 years, faces three counts of third-degree sexual assault.On April 4, Ralston police were sent to investigate the assault allegations at Seymour Elementary School.According to investigators, students between ages 9 and 10 said Richter would sit them on his lap and touch them. 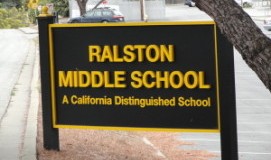 Richter was arrested and charged late last week.Jerry Riibe, superintendent of Ralston Public Schools, said he can’t comment on whether Richter has been fired.Riibe said a recommendation would have to go to the Board of Education, and that’s not on the agenda for Monday night’s meeting.Richter spent the past 14 years as an instructor for gifted and talented children.He’s expected to be in court again on May 8.If convicted, Richter could get up to 5 years in prison and/or a $10,000 fine for each count.