By Carolina Küng and Khadijah Carter

Sitting on bench near the entrance to P.S. 262 in Brooklyn on Thursday afternoon, Maddy Cruz patiently awaits for her daughters to come out of the doors.  “I always tell my kids, ‘Don’t talk to any adult.’  I don’t care who it it is,” she says, shaking her head.

Cruz’s warnings to her children could not ring louder. Last year, 13 teachers were arrested for sexual misconduct, forcible touching and sex abuse across the country. But so far this year, over seven teachers and teachers’ aides in New York City have faced similar accusations.  The latest incident occurred on April 3 with the arrest of an assistant principal from P.S. 106 in the Bronx. 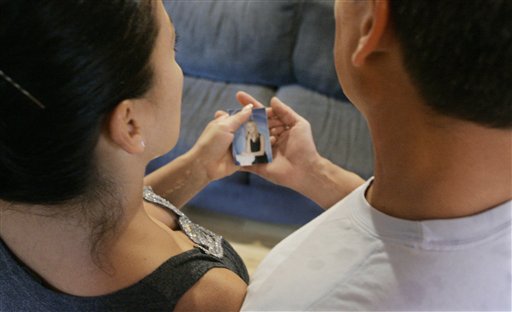 “Most parents do not talk to their kids about this,” Cruz says. As a survivor of sexual abuse by a family member, the mother of three is fully aware of the psychological and physical impact these incidents can have on a young life – and she makes sure that her two daughters, Skye, 12 and Jaylin, 5, know it too.

Since 1983, April has been designated Child Abuse Prevention Month—by presidential proclamation in 1983, according to The National Child Traumatic Stress Network. April is also National Sexual Assault Awareness Month. The aim of both programs: to help communities prevent child and sexual abuse. With new cases of misconduct surfacing almost every day, this year April’s awareness events seem more important than ever, especially for the parents of New York City school children.

The latest two cases in New York City involve an assistant principal, Joseph Ponzo, 59, from PS 106 school in Bronx – arrested just this Tuesday for allegedly cornering and touching two female students in the school corridor- and Esran Boothe, 49, a teacher at the Brooklyn Academy of Science and the Environment in Crown Heights, who has been accused of grabbing the buttocks of a 16-year-old female student just last week. Ponzo is said to have turned himself in to the police late Tuesday evening, but no other information on his case is available at this time.

According to the Department of Education, Booth has officially been transferred out of his teaching position and into a “desk job” pending legal proceedings. Parents were assured via public communication by school Chancellor  Dennis Walcott that the DOE is working hard to protect its students. Calls for comment about how the department is doing that were not returned.

The incidents have raised parental concerns. Cruz claims to be especially worried  because she says her two girls are “nice” and come from a loving home that has brought them up to be confident and trusting.

“I have always been aware and I have always told my kids to watch out for the signs, because I am a survivor myself,” she says. But, “Teachers touching kids is a surprise to me. [Children] are supposed to trust teachers to take care of them.”

Cruz seems to have trained her youngsters to be alert. “If the bad person tries to touch your cookies, what do you say?” Cruz asks her youngest, Jaylin. Little Jaylin doesn’t respond, but Skye is quick,  “I would tell my mom, or a teacher, or maybe my counselor,” she says.

Government assistance and resource guides are important to help fight the problem once it happens, but preventing it from happening at all should be more of a priority, experts say.

Indeed, this year’s awareness program is geared towards early prevention, both at home and in schools, writes Bryan Summers, Commissioner of the Administration on Children, Youth and Families on the organization’s website. An extensive resource guide published by the The National Child Traumatic Stress Network is available for free online and also takes parents through the dangers and the signs of abuse as well as offering prevention techniques, both inside and outside of the home.

“It has been proven that effective early prevention efforts are less costly to our nation and to individuals than trying to fix things later,” Summers wrote.

A key aspect of prevention is communication between parents and their children. Too often, children are afraid to speak out against authority figures—such as teachers—and that can contribute to the repression of sexual assault incidents.  And the longer that trauma is allowed to go on without parental or psychological support, the higher the chances are that children will develop long-term post-traumatic stress disorder, depression and anxiety, the NCTSN warns. Parents have to play an active role.

“I have been honest with my kids since they were old enough to know, that no one is allowed to touch them inappropriately,” Cruz says. “Secrets are not allowed [in our home]. If someone ever touches them inappropriately, I want to know. It can be the father, the brother, the uncle [or] the teachers especially because these kids trust and confide in teachers.”

Besides encouraging their children to communicate, many New York City parents, like Cruz, have started demanding more scrutiny and safety in their children’s schools. The public’s backlash to the latest incidents has resulted in tighter supervision of student-teacher relationships, according to the Department of Education.  The education department has begun reviewing older cases of alleged misconduct and it is also developing measures to control teacher-student interactions both inside and outside the classroom. According to an official statement released in February, Chancellor Walcott and the DOE are looking to constrict interaction between students and teachers on social media websites such as Facebook and Twitter to avoid personal communication of any kind.

At this time, a total of four teachers aides have been fired, and two tenured teachers has been placed on temporary leave, as a result of the DOE’s increased investigation and review of over 230 cases of possible abuse dating back to 2000.

“We have been crystal clear about the consequences for this kind of behavior,” said Chancellor Walcott in a statement to the New York Times. “A staff member who violates the trust of our students and families does not deserve to work in our schools — period. Anyone who does will be removed, and we will do everything in our power to make sure they never work here again.”

Attempts to reach the United Federation of Teachers for its comments on new measures of teacher scrutiny were unsuccessful.

Parents like Cruz appreciates the system’s efforts, but Cruz adds that she does not believe that the department’s probing has gone far enough. “They [protection agencies] should make a big deal about it. And they should interview teachers and go beyond, go to their past, because the signs are all there,” she says.

“I do research,” Cruz adds, pointing to her youngest daughter. “I know her teacher’s name. I do research on the school.”

“If you know your child and you take time with your child, you will know the difference,” she says. “Just talk to your child every day, even if there are no signs, let your kids know that it is ok to talk to you.”

Cruz said specific signs do exist, however, including uncontrolled urination and the expression of constant fear for no apparent reason. Unusual new behaviors are a signal too.

“If you see that your child has become aggressive and angry and there is no aggression in the house, that’s a sign,” Cruz warns.

For aditional information on some tell-tale signs of abuse, read the accompanying “Tip Sheet – Sex Abuse: How to Spot the Signs” -with insight from former District Attorney, Ama Dwimoh.