Officials with the Texas Education Agency and the Department of Public Safety said Monday that preliminary research showed no evidence that fingerprint and background checks were provided on Michael Deshun Christian, a teacher who taught at three Wichita Falls schools and earned TEA teaching certifications despite a criminal history since 1994.

The Times Record News did a PublicData.com search on Christian last week and uncovered criminal incidents in Wichita Falls, Maryland and Minnesota — and six months of jail time in Huntsville in 1999 — on Christian that never came to the attention, apparently, of either TEA, DPS or his three employers.

Teacher applicants who are hired in public education must undergo background checks through the DPS and, since October 2003, must submit to fingerprinting. 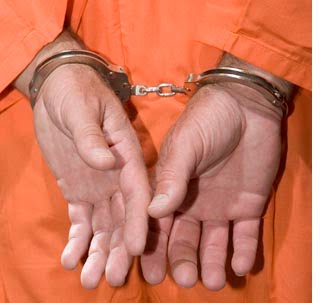 TEA’s DeEtta Culbertson said Monday she, too, has been searching for information on Christian since the TRN alerted her to his arrest.

“So far, we have not found anything on Michael Deshun Christian,” she said Monday. “We need to pull together some more information to see if he is someone who would have been fingerprinted, or what was the status of his position at the time of fingerprinting.”

When first asked about Christian, Culbertson quickly identified a Michael D. Christian in her database, but has since determined because of inconsistent birth dates that he is not the Michael Deshun Christian arrested in Wichita Falls. “That gentleman is ruled out,” she said. “As far as we can tell, we agree with DPS. There is no evidence that he has a fingerprint or background check or even a (teaching) certificate.”

At Bright Ideas, he was a reading, English and history teacher for the fifth- and sixth-graders.

He also taught dance and served as the state testing coordinator.

At Rider, he taught seventh-graders daily, and choreographed the band’s dances and shows, traveling with the band to football games. At MSU, he directed the flag corps’ routines.

He was arrested last week on a charge of engaging in organized criminal activity theft for more than $20,000 and less than $100,000.

According to the arrest affidavit, Christian ordered band and color guard equipment on five different occasions from reputable band supply companies with purchase orders faxed from a bogus “Hamilton School” with Christian’s home address. The equipment was delivered but never paid for.

Christian had a list of prior arrests in Wichita Falls that turned up on the PublicData.com subscription service. He was once arrested and charged with theft by Midwestern State University police.

He also served six months in the Huntsville Criminal Justice facility in 1999.

Christian is being held in the Wichita County jail with a bond of $150,000.

Both officials are scratching their heads at how Christian managed to be hired at so many schools and show teaching certifications.

Bright Ideas Principal Lynda Plummer expressed confusion Monday. She discovered that he’d given her the wrong birth date — the same date as a Michael D. Christian who is listed as white in PublicData.com. “I did the background check before I hired him,” she said. “All I had was the birth date at that time. Then he gave me his certificate.”

Plummer said she then asked him to earn a second certification, which he did. “That’s why I’m totally confused,” she said Monday. “Apparently that certification and the birth date are for a white man.” Christian is black.

Looking back over the past two years that Christian worked for her, Plummer said she doesn’t see signs of dishonesty. “I’ve never been taken by somebody like this,” she said. “He was really good, I guess. He did his job. I don’t see how he did it.”

MSU’s band director Larry Archambo said Friday that when he hired Christian to design dance routines for his color guard, Christian told him that he had worked at Bright Ideas for many years, starting there as a counselor. Plummer said Christian worked for her only as a teacher, starting in the 2009-10 school year.

Archambo said he consulted with WFISD’s Loy Studer when Studer considered hiring Christian. “I told him all that I knew, that he was employed at Bright Ideas and they’d done a DPS background check.”

“We don’t even understand why he would do something like this,” Archambo said.

Studer said he did all the appropriate paperwork when he decided to hire Christian as a contract employee to teach the guard class, and assist with dance and equipment training.

“I submitted all the paperwork and had him go through the human resources department,” Studer said Friday.

Questions remain about what happened to the equipment Christian ordered but allegedly never paid for.

Plummer and Archambo both said he told them that he taught a lot of color guard camps during the summer — and he would have needed equipment for those, Archambo speculated.