A fourth grade teacher at Lakeside Elementary in Honesdale has been charged with raping and assaulting a boy several times some years before coming to the district.

Kyle Cobb, 26, was hired in July 2010 as a fourth grade teacher in the Wayne Highlands School District, according to Superintendent Greg Frigoletto. 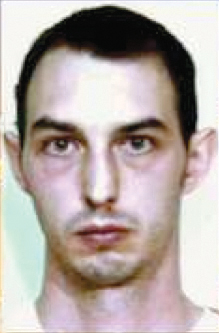 He told officials he was sexually assaulted on various occasions between 2005 and 2007 when he was 11, 12 and 13 years old. The incidents allegedly took place at a home and farm outside of Union Dale and he identified Cobb as the alleged person who committed the crimes.

Frigoletto emphasized that Cobb passed all of the required background checks with a “clean slate.”

Those checks are conducted by the Federal Bureau of Investigation, Pennsylvania State Police and Children and Youth Services, he said.

“There was no record of anything,” said Frigoletto, who stressed Cobb was hired “years after the alleged incidents.”

He said “all clearances were appropriately supplied and received” in relation to Cobb and the background checks.

Cobb was arrested and taken to the Susquehanna County Jail in Montrose and placed under $100,000 bond. Frigoletto said the school district was informed of the arrest on Saturday.

Frigoletto said the school district takes the matter “very seriously” and they “are cooperating” with all of the agencies involved in the investigation.

He did say Cobb has been suspended indefinitely without pay. Cobb was in his second full year of teaching at Lakeside Elementary.

VIP offers assistance for parents
Officials at the Victims Intervention Prevention in Wayne County say any parents who want to discuss the arrest of Lakeside teacher Kyle Cobb are urged to contact the local hotline.

VIP Director Michele Minor Wolf said she asked district officials if they could be involved in any counseling efforts but the offer was declined.

But Wolf said they are willing to help anyone who might have been impacted by the situation. That can include any students and parents who might need to talk and listen to experts.

Wolf said she was told that school district officials had scheduled a Monday night meeting with parents of the students in Cobb’s class. Wolf said she offered to participate or to just drop off brochures but was told that would not be necessary.

Wolf said she was told that no outside agencies would be participating in the initial meeting.

“What she said is essentially correct,” said Superintendent Greg Frigoletto on Monday afternoon. “We have a lot of resources internally.”

Frigoletto did confirm a meeting was scheduled for Monday night with the parents of the students in Cobb’s class.

“Basically, we are meeting with parents tonight and that is where we are starting,” said Frigoletto. He said that meeting was to include discussion about how the classroom will be handled for the remainder of the school year.

He did say they would tell the parents about resources available including VIP and Children and Youth Services.

“That’s just not now, that’s all of the time and thank gosh they are there when we need them,” said Frigoletto.

Wolf said she was taken aback when told they would not be needed to participate in the meeting.

“I cannot believe it,” said Wolf. “We were told we were not welcome.”

Wolf said she believes the VIP program can be vital in helping with these types of cases, which she said do happen in the county on a regular basis. In fact, the group has a meeting scheduled next

Monday night at the Wayne County Chamber office to discuss sexual assault on children and the ramifications. That meeting starts at 7 p.m. and everyone is encouraged to attend.