It was only in January last year that the education department pulled the plug on five fake teachers from the western suburbs. And now, five others, including a civic school teacher from Santa Cruz, who forged degree certificates to get jobs in schools in the western suburbs, have been caught.

Nailing the lie of the ‘teachers’ from secondary schools in Malad, Kandivli and Santa Cruz are letters with the department from the Sampurnanand Sanskrit Vishwa Vidyalaya, Varanasi, where the five claimed they had completed their BEd and BA degree courses, said PR Pawar, education inspector (western zone). “The five fake teachers were found to be teaching at Shivaji Vidyalaya, Nutan Vidyamandir, Gyanodaya Vidyamandir and Pal Rajendra High School in the western suburbs and a Brihanmumbai Municipal Corporation-run school in Santa Cruz,” he said. 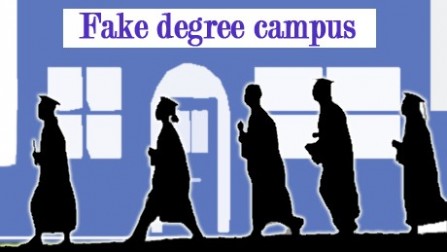 The education department has sent letters to the management and the principal of these schools asking them to register a police complaint against the fake teachers in the next two to three days. An inquiy has been initiated against the five. “We are going to take stringent action against them. Their approval has been withdrawn and their salary payment has been held back,” said Pawar.

The Teachers’ Democratic Front, an association of school teachers, blew the whistle on the racket when it was tipped off last year that an agent operating in the western suburbs had been issuing duplicate documents in the name of the university in Varanasi. The education department and the University of Mumbai took it up from there and got in touch with officials from the Varanasi university.

The pieces of the puzzle then fell in place and soon, the five teachers found themselves facing the rough end of the stick.
Genuine degree holders are the ones who bear the brunt of such rackets. “Teachers who have genuine degrees are left in the lurch.

While we struggle to get a job, such teachers have been holding posts for more 10 years in schools,” alleged a school teacher.