Joshua Burke was a bus driver at Eastern Allamakee School District until December, when he was arrested on a charge of third-degree sexual abuse and lascivious acts with a child.

Had the district reviewed a free online database of Iowa’s court records, it would have found that the 32-year-old had been arrested in 2007 on a charge of driving with a barred license, which followed a 2006 conviction of driving with a suspended license. Records show multiple other infractions ranging from speeding to a 2005 conviction for having an open container while driving.

The Iowa Legislature is moving to change that. On Tuesday, the Iowa House passed a bill to mandate background checks for school bus drivers.

But just before passage, a legislator brought up what he considers a major loophole: While background checks are required for teachers, they’re not mandated for hundreds of other school staffers who also can have close contact with children, such as cooks and custodians. 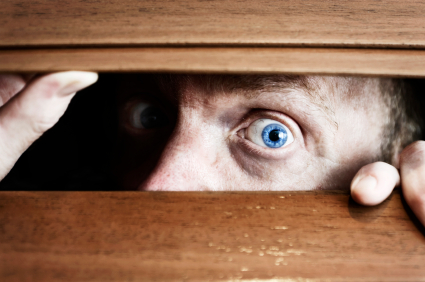 Several lawmakers vowed to require the checks for additional jobs.

And if costs are a concern, the requirement for other employees can be confined to the free online search tools available to the general public, advocates said.

“We need to get this taken care of,” and sooner rather than later, said Rep. Josh Byrnes, R-Osage, a former high school teacher.

“Everybody who has contact with a kid in the school system, we should know something about them.”

Byrnes said he didn’t offer changes to the bill Tuesday because he didn’t realize the hole in the legislation before a key legislative deadline and feared changes could stall or kill the bill.

He sees the current version requiring school bus driver background checks as a step in the right direction. He made note on the House floor that he wants education department officials to advise schools that they should already be conducting the reviews without the legislative requirement.

The bill, Senate File 2122, now returns to the Senate, where at least one lawmaker says he’s going to seek a fix this year.

“We are the parents during the day. We have custodial care. A safe and orderly environment has to be there,” said Sen. Brian Schoenjahn, D-Arlington, and vice chairman of the Senate Education Committee.

Authorities are required to conduct a criminal background check on teachers as part of licensing requirements. Schoenjahn said he was unaware until interviewed by the Register that Iowa law does not require background checks for many other school employees, mostly those doing jobs that do not require a professional license.

The bill requires that schools check whether bus drivers are on the sex offender registry or adult and child abuse registries. It skated through the Senate in a unanimous vote last month, but must return after the House on Tuesday made changes to also require a search of the state’s online court records that are available for public inspection.

Advocates of Tuesday’s provision say it will provide a more comprehensive review of an applicant or employee.

The proposal to require bus driver background searches stemmed in part from recent cases, including the one involving Burke, when school bus drivers have been accused of crimes.

Attempts to reach Burke on Tuesday were unsuccessful. He is no longer a school employee.

The charges stemmed from an alleged inappropriate message between Burke and a girl on the Internet.

It’s unclear what checks Eastern Allamakee performed before hiring Burke. Superintendent Dale Crozier said Burke had been hired more than a year ago, before Crozier became superintendent on July 1.

It’s possible, Crozier said, that the school simply checked for felonies. Iowa schools aren’t required to do even that under current law.

“We’re one of the few states that are pretty silent when it comes to school bus driver” background checks, Mike Cormack, a policy liaison with the state’s education department, told a House education subcommittee on March 6.

Mary Gannon, president of the Iowa Association of School Boards, said almost all schools are already completing the background searches, and some hire companies to conduct them.

Gannon’s group doesn’t oppose the bill. However, she said, “We prefer if they’re going to do it, just mandate that they do a background check and not tell us how to do it because we think we get better information from the vendors than we do from Iowa Courts Online.”

Kim Koenigs, an Osage resident, has advocated for the background search requirements and shared with the Register her research showing that Iowa lags surrounding states in background requirements.

Koenigs became involved in school safety issues following the death last year of Kadyn Halverson, a 7-year-old girl hit by a pickup truck as she exited a school bus on her way to the Northwood-Kensett school, where she was in first grade.

Koenigs and the girl’s family this year successfully advocated for a bill mandating tougher penalties for those who violate bus stoplights.

Koenigs’ daughter rode the bus with Kadyn and was her friend.

“My goal is to have every person that works with children 0-18 have background and abuse registry checks done in the state of Iowa like in most other states,” Koenigs said. “It’s all about the kids.”