Teacher charged over fight with girl

A Hout Bay teacher has been charged with improper conduct after a video surfaced appearing to show her manhandling a girl on school grounds.

A disciplinary hearing against the teacher has been scheduled for Tuesday, said Western Cape Education Department (WCED) spokesman Paddy Attwell.

Last month, the Cape Argus reported that Hout Bay resident Roscoe Jacobs had filmed the incident and posted the video on Facebook.

At the time, Jacobs said he was making a delivery at the school when he heard screaming. 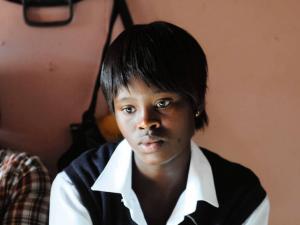 Jacobs was dropping off something for a teacher after school hours on February 2. He claimed to have seen the teacher trying to force a pupil to move into the administration block.

He said it appeared as if the pupil had not wanted to go, so the teacher had tried to “forcefully” move her.

Jacobs said he saw the pupil sitting down on the stairs and the teacher had pulled her up and pushed her against the wall.

He said the teacher continued to attempt to get the pupil up to the administration block.

Jacobs said he had advised the pupil to lay a charge against the teacher with police.

The WCED said it had investigated the incident.

“The department has charged the teacher concerned,” said Attwell.

He said the teacher and pupil were still at the school.

“On a guilty finding, she would probably face a fine and a final written warning.”

The WCED’s annual report for 2010/11 showed that 243 misconduct cases against school staff were addressed at disciplinary hearings between April 2010 and March last year.

They included 88 cases of assault, attempts or threats to assault.

There were also 33 cases of abscondment, 15 cases of absenteeism and 10 cases of sexual assault on pupils.