A FORMER teacher who groomed and sexually assaulted a boy at a notorious private school more than two decades ago was jailed today.

Mark Standish, 48, also known as Alex, was locked up for four years for abusing Anthony Hudson between 1988 and 1989. Standish was working at Crookham Court School in Thatcham at the time and his victim was just 14-years-old.

Mr Hudson, now 38, broke down in tears in the public gallery this afternoon when he heard the verdict, while Standish – who denies the charges – stood expressionless in a dark blue suit. 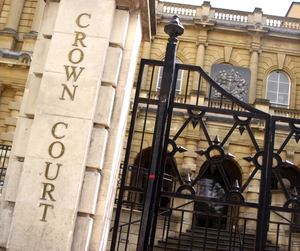 Judge Stephen John told Reading Crown Court how Standish, who was head of boarding, targeted the vulnerable teenager, having befriended his parents, who were away in Germany.

The court heard Standish, then 24, threatened to tell Mr Hudson’s father he had overspent his pocket money and forced him to carry out “punishments” – making the boy exercise naked in his room and subjecting him to a series of serious sexual assaults.

Crookham Court School was shut down after it was exposed in 1991 by Esther Rantzen’s That’s Life television show and headteacher, Philip Cadman, and two other teachers were jailed for a variety of sexual offences.

Standish was found guilty of four counts of sexual assault at a 10-day trial in February, and Judge John, said: “Its apparent from the evidence from your trial that you were aware from an early stage that it operated a sadistic and brutal regime.

“You knew what was going on and you used it as an opportunity for your own inclinations.”

Matthew Stanbury, defending, told the court Standish was of good character, had been working for the United Nations in Kosovo – earning £120,000 a year – and was in a civil partnership.

But Judge John told Standish he felt he was a still a threat to young boys and banned him from working with children for life.

He added: “You were only 24 or 25 at the time and struggling with your own sexuality but that is of no mitigation as you continue to deny your actions. You deliberately targeted a vulnerable victim and this was a abuse of power and abuse of a position of trust.”

Speaking outside court, Mr Hudson, who waived his right to anonymity, said: “I got what I wanted, the lifetime ban. In my anger, I would’ve liked a longer sentence but that is the judge’s decision.