Extra counselors were on hand at Calabasas Middle School in Rio Rico on Monday in response to the arrest last week of a social studies teacher on charges that he had inappropriate physical and sexual contact with five students at the school.

As was first reported at nogalesinternational.com, Jeffrey Lawrence, 50, of Rio Rico, was arrested Thursday and booked into the county jail on three counts of sexual abuse and five counts of aggravated assault.

The Santa Cruz Valley Unified School District sent a letter from Superintendent Rodney Rich home with all district students on Monday explaining Lawrence’s arrest and the steps the district is taking in response. A copy of the letter signed by Rich and Principal David Verdugo was sent home with students at Calabasas. 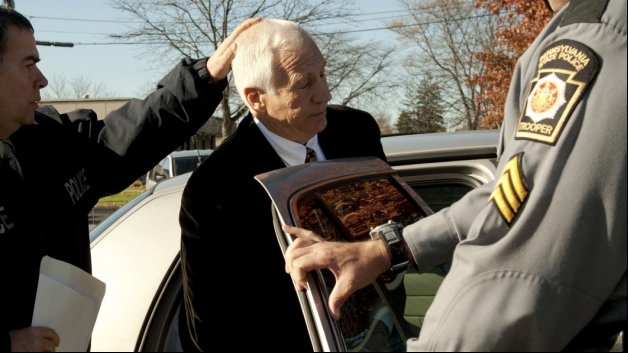 “School counselors are readily available to meet with Calabasas Middle School students and/or their parents,” the letter said.

SCVUSD spokesperson Carol Cullen told the NI that the same message went out at the school earlier in the day.

“Students were notified that the counselors were available and they will continue to be there as needed,” Cullen said, adding that the school’s teachers were also offered on-site counseling.

The letter to parents said a “qualified guest teacher” had been assigned to Lawrence’s classroom, and that the district had set up a 24-hour “Safe School Hotline” at (520) 375-8293 for students, parents and community members to report any inappropriate, threatening or illegal activity.

“Please be assured that creating a safe environment for our students is our highest priority,” the letter said.

Rich told the NI that the allegations against Lawrence first surfaced on Thursday afternoon when a female student came to the school office and said she had been inappropriately touched by one of her teachers.

Estrada said he couldn’t provide more details on the nature of the allegations, but he said all of the alleged victims were 12- and 13-year-old female students in the seventh grade.

Investigators seized Lawrence’s vehicle and obtained a search warrant for his home, where they took computer equipment and digital cameras into evidence, Estrada said. The items were sent to the Pima County Sheriff’s Office for a forensic examination, and Estrada said he expected the results by the end of the month.

Lawrence was first hired by SCVUSD as a substitute teacher on March 17, 1998, Cullen said. On July 31, 2002, he was hired as a seventh-grade social studies teacher at Calabasas. He is currently on paid leave at the district pending an arraignment set for Wednesday at 10 a.m. at Nogales Justice Court, she said.

It was not immediately clear if Lawrence has a lawyer.